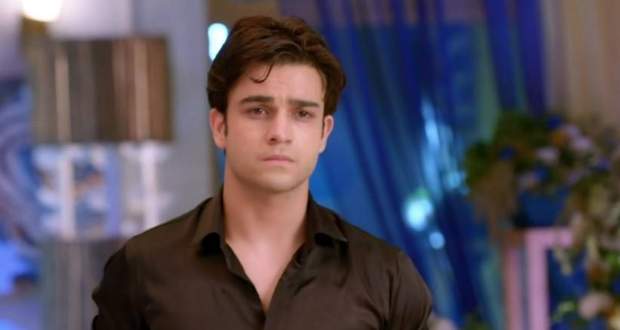 Today's Kumkum Bhagya 22nd July 2022 episode starts with Pallavi comforting Prachi while she gets emotional after getting accepted by Pallavi as her daughter-in-law.

Prachi gets emotional when Pallavi means her "beta" while Pallavi promises to care for Prachi lifelong which will make even Ranbeer jealous.

Paalvi and Prachi share an emotional hug while Rhea watches from a distance and gets jealous.

Meanwhile, Sahana tells Ranbeer, Dida and later Vikram how Pallavi has accepted Prachi which excites them all.

When all are sharing the happy moments with fingers crossed so that the moments don't get jinxed, Rhea comes in with her suitcase.

Everybody allows Rhea to go and makes fun of her while Rhea waits for somebody to stop her.

Dida stops Rhea which makes her happy but Dida taunts Rhea to leave peacefully instead of breaking the things in between.

However, Rhea comes stomping inside and comes straight to Alia which surprises Alia as no one came after her.

Rhea says nobody cares for her and her child and cries hysterically.

Rhea feels stupid for trying to make Prachi feel low as she got to know her importance in the house today.

Rhea taunts Alia for making fun of her and says that she has always supported her. She says that she is surprised at Pallavi's behaviour of loving Prachi and begging in front of her.

Further, Rhea counts all the times she has attempted suicide and how they have worked all the time in the past.

When Pallavi enters, Rhea starts her drama of cutting her wrist while Pallavi slaps Rhea to stop her.

Pallavi says that Rhea is her only daughter in law and waits for her to stop crying.

On the other hand, Ranbeer comes to Prachi who is unpacking her bags and looks lovingly at her while giving the clothes one by one so that Prachi can put them back in the wardrobe.

Taking Prachi's hand, Ranbeer makes Prachi sit and himself stacks the rest of the clothes.

Meanwhile, Pallavi says she did not stop Prachi but the Kohli's heir. She says Ranbeer's child will get all the luxuries of life, unlike middle-class Prachi.

Pallavi says once the child is born she will take the custody and throw Prachi out of the house.

© Copyright tellybest.com, 2020, 2021. All Rights Reserved. Unauthorized use and/or duplication of any material from tellybest.com without written permission is strictly prohibited.
Cached Saved on: Saturday 1st of October 2022 09:18:03 PMCached Disp on: Wednesday 5th of October 2022 06:48:22 PM