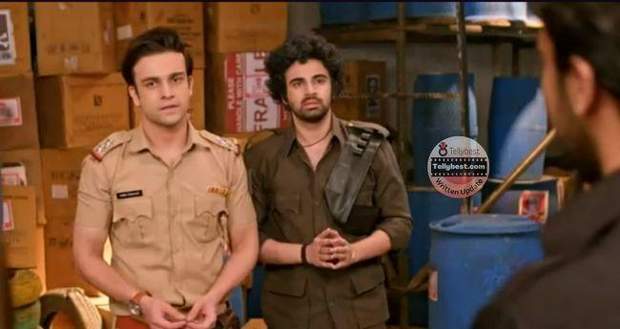 Today's Kumkum Bhagya 22nd November 2022 episode starts with Alia asking Rhea what happened after she went to meet their men and why she returned with Prachi and Ranbir.

Rhea screams in frustration as she has to be saved by Prachi and tells Alia everything that happened in the hotel.

Rhea explains how she got captured by the goons for money and got rescued by Prachi, Ranbir, Sahana, and Aryan.

Frustrated that she had to benefit from Prachi and did not get any credit for the rescue mission, Rhea swears to destroy Prachi soon enough.

Meanwhile, Sahana thinks about Mihika’s statement about not being safe in that house when Sid comes and asks Sahana to look after Mihika for a bit.

Prachi comes to tell them something but gets distracted as Ranbir starts dancing and asks for her hand to join him.

However, Rhea takes Ranbir’s hand and starts dancing with him while Ranbir’s face turns sour.

Seeing an opportunity, Ranbir swiftly changes his partner from Rhea to Prachi while Aryan and Sahana also enter the dance floor to support them.

Sid blocks Rhea from walking away and starts dancing with her while Alia spots the mailman entering the house and looking for Prachi.

Alia silently walks out and drags away the mailman threatening to shoot him if he does not listen to her commands.

As the mailman searches for the rope to tie himself up on Alia’s command he notices that Alia does not have any gun with her.

The mailman attempts to run away but Rhea knocks him out by banging a plate on his face.

Alia and Rhea decide to hide the mailman in the kitchen so that no one can find them until the function is over.

Meanwhile, Sahana notices Mihika getting dragged out by some goons of Alia and Rhea and follows them.

Pallavi asks Prachi to stay away from Ranbir as she is getting married to Siddharth.

Ranbir comes to the kitchen while Rhea and Alia try to hide the mailman and almost catch them.

Rhea fakes fainting making Ranbir carry her in his arms and take her to her room which saves Alia from covering up the mailman.

Sahana finds the location where the goons take Mihika and attempts to call Prachi but a goon spots her and chases after her.

In the meantime, the entire Kohli family dances to some modern beats while Dr. Preeti enters the house.

© Copyright tellybest.com, 2022, 2023. All Rights Reserved. Unauthorized use and/or duplication of any material from tellybest.com without written permission is strictly prohibited.
Cached Saved on: Monday 21st of November 2022 10:41:16 PMCached Disp on: Thursday 1st of December 2022 12:03:58 PM