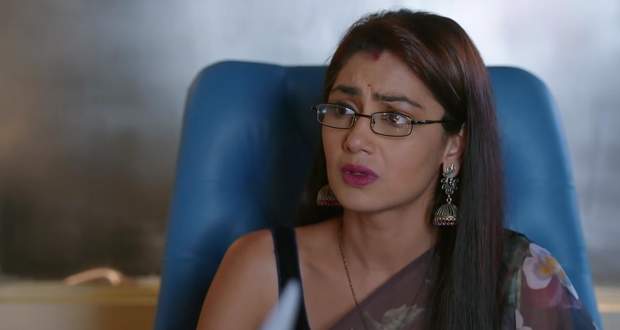 Abhi says that he's glad that his two daughters are supporting each other after which the sisters leave.

Rhea reminds Prachi that she lied to Abhi because she wanted Abhi to feel good and goes on to say that she is not her sister.

Pragya meets the lawyer and introduces herself while the lawyer informs her that he is fighting the case against Abhi.

He says that he sees the truth in Tanu and calls Abhi a rapist while Pragya argues with him that Tanu is a liar.

Suddenly, Tanu comes there and asks if they are talking about her.

Elsewhere, Sahana and Saritha talk with Prachi and says that they have to catch Tanu red-handed or else no one will believe them.

Tanu taunts Pragya while the lawyer goes to call his assistant when Tanu locks the door.

The lawyer tells her to open the door while Tanu reveals to Pragya that Abhi didn't rape her and rebukes her.

Pragya asks her why she is doing this to which Tanu responds that she will ruin her in the court.