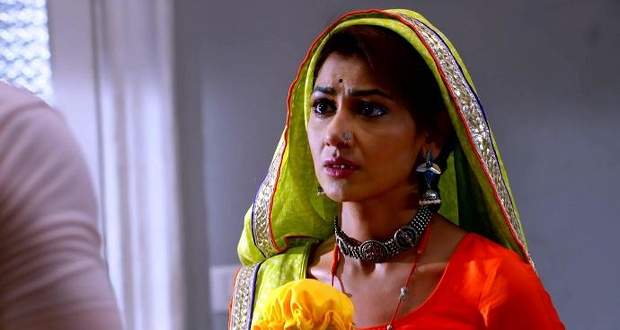 Today's Kumkum Bhagya 23 March 2021 episode starts with Pragya feeding food to Abhi. Abhi wishes to go to the party while Pragya is unsure about the same.

Mitali comes there but Abhi scares her and asks her to leave. Meanwhile, Sarita is worried for both Prachi and Pragya and wishes to keep Pooja at home.

Pragya returns and enquires about the darkness in the house. Sarita goes to bring tea while Pragya wants to know about Prachi.

Prachi lies to Pragya while Pragya wants to know the truth. Pragya confronts her about Ranbir’s marriage with Rhea.

Shahana reveals that Prachi broke up with Ranbir. Prachi says Ranbir was very possessive of her and says he said some things about her status as well.

Pragya doesn’t think Ranbir can say such things while Prachi says she never really liked Ranbir and agreed to marriage for Pragya’s happiness.

Prachi goes into her room while Shahana confronts her about lying. Prachi is ready to sacrifice her life as well for her mother.

Ranbir is in the pain of losing Prachi and says Prachi will regret leaving him. The next morning, Pragya reaches Mehra house an hour before her time while Mitali questions her.

Mitali tells Pragya to not let Abhi come to the party. Further, Pragya overhears Alia and Tanu’s plan and learns Tanu is planning to get close to Rhea.