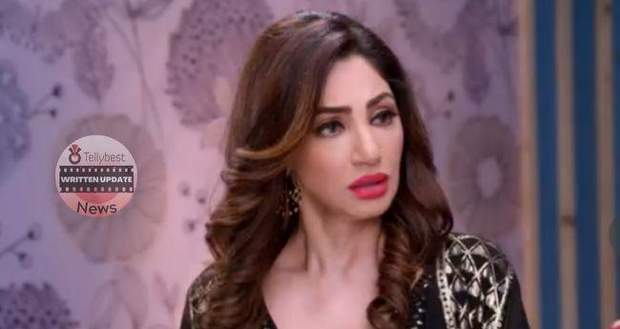 Ranbir asks Pallavi what the matter is to which Pallavi hands him Prachi’s pregnancy reports and asks him to take a good look at them.

As Ranbir says that the papers are some reports of Prachi, Pallavi tosses them into the air and reminds Ranbir that Prachi is pregnant with Sid’s child.

Pallavi tells Ranbir that this is a serious situation in life, not a silly college romance where they can change partners constantly.

As Pallavi calls Prachi a characterless woman for flirting with Ranbir while carrying Sid’s child, Ranbir loses his cool and leaves the room.

Ranbir remembers Sid confessing to being Prachi’s child’s father and saying that he and Prachi met each other in Bangkok.

Just then, Sid, Sahana, and Aryan arrive by taxi there and proceed toward the celebration.

Ranbir gets blind in his anger and marches toward Sid and launches a hard punch in Sid’s face.

While beating up Sid harshly, Ranbir asks Sid why he had to come back and ruin his life by coming between him and Prachi.

Everyone tries to stop Ranbir from using violence and Vikram succeeds in stopping him and takes him away from there.

Everyone questions Ranbir’s behavior while Sahana and Aryan take Sid aside to do his first aid.

Vikram tries to calm down Ranbir and asks him what the matter is to which Ranbir breaks down into tears saying that Pallavi reminded him that Prachi is no longer his wife.

Hearing that, Vikram asks Ranbir to tell him what Pallavi said to him and gets furious about getting an idea of the situation.

Sid blames himself for Ranbir’s condition but Sahana cheers him up to find a solution to the situation.

Meanwhile, Pallavi accuses Prachi of ruining every festival and celebration of their family with her shameless deeds.

Vikram interrupts Pallavi and tells her that she is the reason everything gets ruined in their family.

Pallavi asks Prachi if she is feeling satisfied now that she has caused a fight between her and Vikram.

Vikram shuts up Pallavi and tells her that because of her, Ranbir lost his mind and beat up Sid so she should cheer up Ranbir as his mother.

Further, Vikram warns Pallavi that if Ranbir cries again because of her actions then some major problem will break out between him and her.

After Vikram leaves, Prachi also starts walking away but gets stopped by Pallavi with a loud scream.

© Copyright tellybest.com, 2022, 2023. All Rights Reserved. Unauthorized use and/or duplication of any material from tellybest.com without written permission is strictly prohibited.
Cached Saved on: Monday 21st of November 2022 03:28:00 AMCached Disp on: Tuesday 29th of November 2022 12:10:23 AM