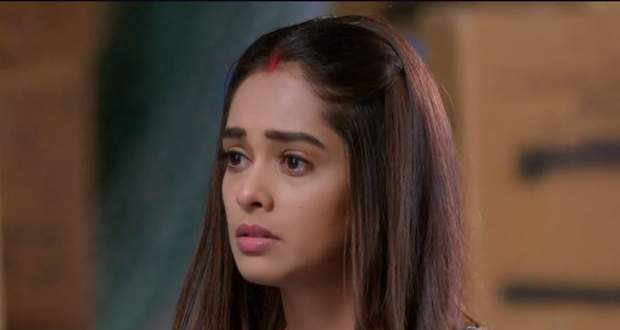 Prachi drags away Sahana and warns her not to disclose the truth of her pregnancy in front of anyone.

Just then, Vikram appears and asks Sahana what she is hiding from everyone making Prachi freeze in fear.

Prachi and Sahana somehow manage to cover up the truth in front of Vikram and sigh in relief after he believes their words.

Vikram apologizes to Prachi on behalf of Pallavi as Pallavi does not see anything when Ranbir gets hurt by any means.

After Vikram leaves, Prachi experiences pain in her stomach and goes over to a gynaecologist with Sahana to check the matter.

Meanwhile, Rhea threatens Nick for shooting at Ranbir but Aaliyah calms her down and asks Rhea to go back as she will manage Nick by herself.

Back at the hospital, Prachi gets checked up by a doctor who informs her that her pregnancy is getting drastically affected by her carelessness.

Prachi feels a bit relieved when she hears that her baby is fine but gets concerned as the doctor asks her to take care of herself or else there can be a risk at the time of delivery.

At the same time, Ranbir wakes up and gets flogged by Pallavi, Dida, and Vikram who ask about his condition.

Rhea comes back into the hospital and gets joined by Aaliyah after she shoos Nick and Preeti away from the house.

Seeing Pallavi and Dida crying, Ranbir tries to be funny with his jokes but gets scolded by them for acting smart.

Ranbir’s eyes search for Prachi but Pallavi tells him that she probably would have gone back home.

Just then Rhea enters the room which Ranbir thinks is Prachi and gets disappointed.