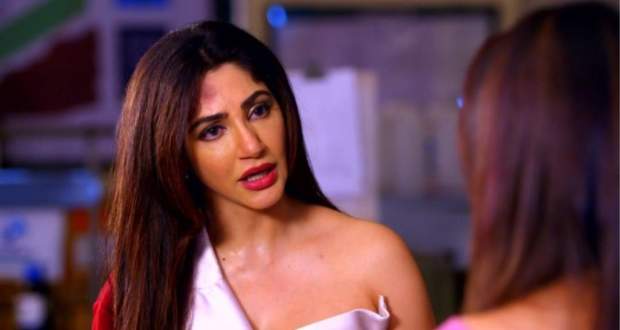 Prachi tells him that she is worried about Pragya after which Ranbir assures her that Pragya can handle any situation.

Elsewhere, Abhi confronts Aliya and is about to leave but Mitali stops him and handles the situation by saying that he is misunderstanding Aliya's intentions.

Abhi tells Aliya to go to jail and meet Rhea. Pragya reaches the police station and asks for a PI.

Pragya meets Rhea and tells her that she bought Prachi with her to state that she never tries to harm or kill her.

Constable opens the cell and the mother-daughter reunite while Aliya comes there. Aliya angrily confronts Rhea who tells her to not interfere in her matters.

Rhea tells Aliya that she knows her truth after which Pragya tells her to stay away from her daughters. The scene turns out to be Aliya's imagination.

Meanwhile, Pragya goes to the wrong police station and gets stuck in traffic while going to another station.

Aliya notices Pragya and hits her auto to a wall due to which she gets unconscious.

Prachi worries for her mother after which she calls Pragya but the call does not connect. Elsewhere, Prachi regains consciousness.

Aliya reaches the police station and meets Rhea. Rhea asks for Pragya while Aliya says that she's not here and instigates Rhea against her.

Pragya reaches the police station and tells the inspector that she didn't find any complaint against Rhea.

SI checks the sheets and says that the complaint is under Pragya while she denies it.

SI tells her to get her other daughter to state that Rhea didn't try to kill and then she will be free.

© Copyright tellybest.com, 2020, 2021. All Rights Reserved. Unauthorized use and/or duplication of any material from tellybest.com without written permission is strictly prohibited.
Cached Saved on: Sunday 17th of January 2021 06:06:13 AM