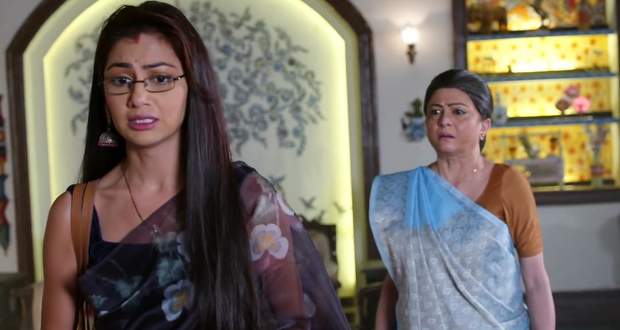 Today's Kumkum Bhagya 26 April 2021 episode starts with Tanu telling Pragya that she will ruin her in court for taking away her love.

She tells her that she is the new Tanu and will settle scores with everyone who did bad to her.

The lawyer manages to open the door and says that this thing shall not happen in his office.

Pragya leaves and calls lawyers but fails to convince them to fight Abhi's case.

Pragya hopes that Aaliya might have found a lawyer and goes while Ranbir sees Tanu with a guy and follows them.

Elsewhere, Aaliya tells the family that no lawyer is accepting Abhi's case while Pragya comes there.

Rhea says that Pragya must have found a lawyer as she promised to get Abhi out of jail.

Pragya lies that she has found a lawyer while recalling her failed attempt to hire a lawyer.

She calls a lawyer and tells him to suggest to her a few lawyers as Tanu confessed the truth to her.

However, the lawyer tells her to not call him for that matter.

Meanwhile, Prachi goes to meet Tanu but doesn't get a response and she thinks to look through the window.

Pragya goes to Saritha's house and asks her for help.

Tanu comes home and scolds the security seeing the gate open while Prachi hides from her.

Ranbir follows Tanu and manages to get inside.

© Copyright tellybest.com, 2020, 2021. All Rights Reserved. Unauthorized use and/or duplication of any material from tellybest.com without written permission is strictly prohibited.
Cached Saved on: Wednesday 22nd of September 2021 10:09:26 PM