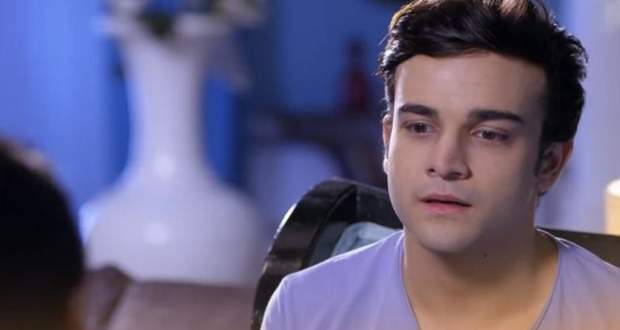 Today's Kumkum Bhagya 27 November 2020 episode starts with Pragya reminiscing her past moments with Abhi while going to the police station with Prachi.

Pragya and Prachi reach the police station where they are informed that Rhea is already bailed by her Dad and went home with him.

Meanwhile, Aryan enters Ranbir's room with a bag after which Ranbir informs him that he is going to run away from home.

Aryan goes downstairs and informs Pallavi of Ranbir's plan who gets angry and stops Ranbir from running away.

Meanwhile, Pragya and Prachi reach Abhi's house and are about to enter but Mitali stops them saying that they lost their right to enter when they put Rhea in jail.

Elsewhere, Aliya is trying to entice Abhi against Pragya by telling him to think about Rhea and insults Pragya.

Abhi throws her out of his room and warns her to not talk bad about Pragya and shuts the door in her face.

Meanwhile, Rhea comes downstairs and tells Pragya that she is not her daughter due to which the latter get hurt.

However, Rhea shocks them by saying that she will never consider them as family.