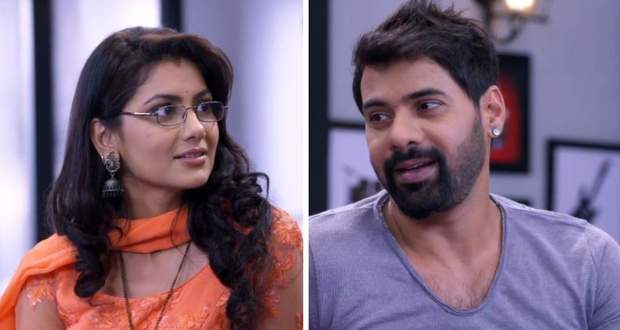 Today's Kumkum Bhagya 28 January 2021 episode starts with Pragya indicating Abhi that the shooters are there and he gets tensed seeing them.

The hitmen come towards them while Abhi throws a rock at them and runs away from Pragya.

Meanwhile, Meera begs Aaliya to let her stay but Aaliya closes the door on her face and tells Pallavi to not give importance to a servent like Meera.

Pragya's ankle sprains while running and they take rest despite Pragya's protests.

Pragya tells him that they will and to be alive to live with each other while Abhi says that he can't afford to lose his life otherwise his love, Pragya will be alone.

Further, they take shelter at an elderly couple's house while the hitmen search for them outside.

Elsewhere, Meera remembers her moments in the Mehra mansion while crying and goes after praying to the lord that Abhi, Pragya and their children live happily in the house.

Ranbir, Jai, Palak and Aaryan play along with Rhea's misunderstanding while she tells Ranbir that she wants to marry him on the same day.

She sees Baljeet and Saritha and is about to call them while Ranbir puts a hand over her mouth and hides from the ladies.

Saritha and Baljeet leave while Rhea informs everyone that Abhi and Pragya and drags away Palak saying that she also wants to get ready for her marriage with Ranbir.

Aaliya drinks while Tai Ji comes there and says that she fears Pragya will take over the house once entering it while Aaliya shouts that only she will rule Mehra Mansion.

Palak and Rhea are going while Rhea hears Prachi's voice amd is about to look into the room when Palak drags her forward into the hall.

Elsewhere, the old lady convinces the old man to let Abhi and Pragya stay while four hitmen come there and ask him if they a city man with his wife they deny.

While going, one goon drops his gun while the old man tells the old lady that he was fearful of this type of situation.

Meanwhile, Ranbir worried about Rhea's presence and think that she will only for Abhi.