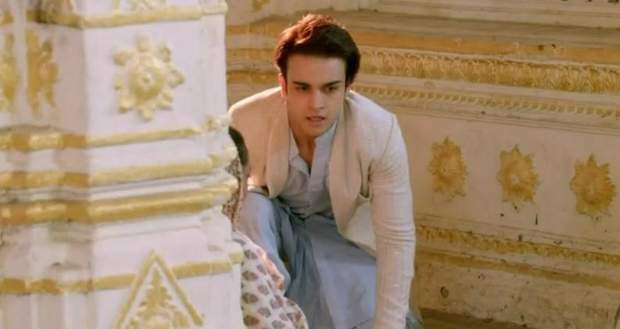 Today's Kumkum Bhagya 28th June 2022 episode starts with Pallavi calling Dida and Vikram inside a room to discuss something.

Dida and Vikram ask Pallavi the reason behind calling them so suddenly while leaving the guests unattended at the party.

Pallavi tells them that she has something more important to say than the guests concerning Rhea.

Mentioning Rhea’s pregnancy and Ranbir’s decision to move on with her, Pallavi announces that she will throw Prachi out of that house.

Hearing that, Dida and Vikram are left stunned and try to make Pallavi understand that Prachi does not have any other place to stay.

Pallavi refuses to listen to them and tells Dida that she will be the one to disclose that news to Prachi and ask her to leave the house.

After explaining the incident at the party, Pallavi says that she is not ready to stress Rhea by keeping Prachi in the same house.

Meanwhile, Sahana and Alia engage in a tussle with each other when Prachi enters the house with an upset face.

Sahana runs after Prachi but fails to stop her from locking herself inside the bathroom.

Prachi breaks down into tears under the shower and continues to sob while remembering all her past moments with Ranbir.

On her way out, Sahana bumps into Ranbir and accuses him of being the only person responsible for Prachi’s current condition.

Ranbir assures Sahana that he will make things right soon but Sahana warns him not to make promises that he cannot keep.

Meanwhile, Dida enters Prachi’s room while thinking of how she can tell Prachi to leave the house.

After noticing Prachi in the washroom, Dida proceeds to keep a paper inside the drawer where she discovers Prachi’s pregnancy papers.

Dida gets stunned to learn that Prachi is pregnant and calls Prachi to come out of the washroom.

On seeing Prachi drenching wet, Dida wraps a towel around her and lets her cry on her shoulders for comfort.

Dida tells Prachi to take care of herself for the sake of her child, leaving Prachi shocked.

However, Prachi gives Dida her Kasam to not disclose anything about her pregnancy.

Meanwhile, Alia suggests Rhea emotionally manipulates Prachi so that she leaves the house by herself.

© Copyright tellybest.com, 2022, 2023. All Rights Reserved. Unauthorized use and/or duplication of any material from tellybest.com without written permission is strictly prohibited.
Cached Saved on: Monday 21st of November 2022 09:44:06 AMCached Disp on: Saturday 3rd of December 2022 02:43:40 PM