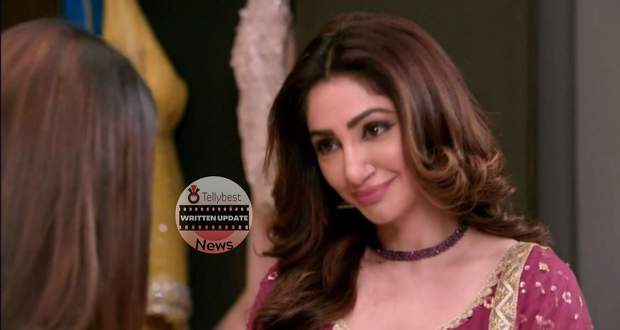 However, Ranbir tells himself that it is already very late and he should let Prachi go because it is the right thing to do.

After Ranbir leaves, Prachi hears footsteps and thinks that it is Ranbir but Siddharth appears making Prachi fume in anger.

Grabbing Siddharth by his collar, Prachi asks him why he lied to the entire family when she thought of him as her friend.

Siddharth falls to his knees and apologizes to Prachi, making her further infuriated.

Prachi tells Siddharth how she was happy that Ranbir was on her side and had faith in Sid as she knew he would never betray her.

However, one lie from Sid ruined everything and now Prachi has to marry him with Ranbir’s child in her womb.

Prachi calls Siddharth a disgusting person who does not know how to act as a friend and family to anyone.

Not being able to bear Prachi’s words, Siddharth stops her with a scream and says that there is a reason behind what he did.

As Prachi pressurizes Sid to tell her the reason, Siddharth bursts out saying that Mihika’s life is in danger.

Sahana also hears Sid as she was entering the room at the same time.

Prachi gets to know that Mihika is in the capture of Rhea and Alia who are blackmailing Siddharth to lie to everybody.

Even though Sahana doubts Siddharth, Prachi believes in him and agrees to help Sid in saving Mihika from danger.

Siddharth thanks Prachi for understanding him and begins planning what they should do.

Prachi agrees to do a fake engagement with Siddharth as she wants to test Ranbir on how he will act seeing Prachi getting engaged.

Meanwhile, Ranbir worries about his feelings and thinks about how he will handle things when he sees Prachi with Sid.

Rhea comes interfering and says that she and Ranbir should start their marriage life from scratch after Prachi leaves.

Ranbir takes Rhea to a corner and tells her that he only loves Prachi and will continue to do so even after she marries Sid.

Just then, Prachi passes from there with Sahana without giving Ranbir a second glance while Ranbir enchantingly stares at her.