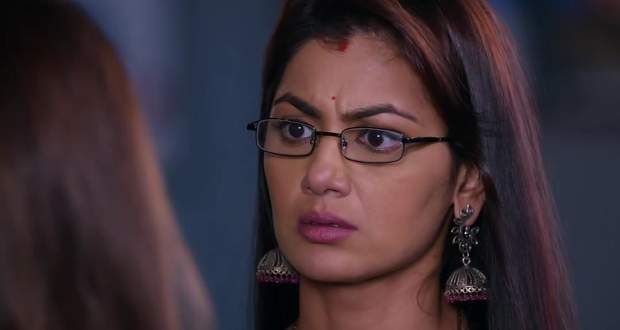 Today's Kumkum Bhagya 29 April 2021 episode starts with Pragya promising Ranbir that she will get him out of jail with Prachi.

The constable who hit Prachi apologises to her and Ranbir for hitting her.

Tanu urges the inspector to take serious action against them while Pragya confronts him.

Pragya takes Tanu aside and tells her to not involve family into their fight while Tanu responds that her family's destruction is confirmed.

Raghuveer comes there and bails out Ranbir and Prachi.

Vikram also comes there and is relieved to see that the matter is solved.

Later, Tanu taunts Pragya by congratulating her for a small win.

Pallavi blames Prachi for Ranbir being in jail which creates an argument between him and her.

Rhea arrives there while Vikram and Pallavi begin to argue.

Ranbir goes to his room and Rhea follows him.

© Copyright tellybest.com, 2020, 2021. All Rights Reserved. Unauthorized use and/or duplication of any material from tellybest.com without written permission is strictly prohibited.
Cached Saved on: Wednesday 1st of December 2021 02:23:11 PM