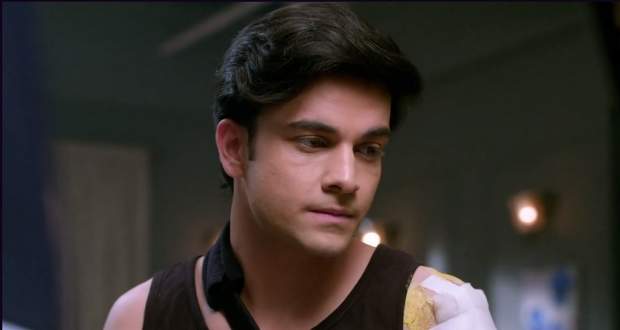 Today's Kumkum Bhagya 2nd May 2022 episode starts with Rhea announcing that she is Ranbir’s only wife while Prachi is just his past who is clinging to him.

Prachi looks at Ranbir with the hope that he will speak for her but Ranbir fails to do so due to his dizziness.

Arriving at a conclusion, Pallavi asks Rhea to bring her clothes back into the room which makes Prachi leave in anger.

Ranbir tries to get up to go after Prachi so that he can stop her but gets stopped by Vikram who asks him to take a rest.

On entering the room, blinded by anger, Prachi starts to throw things here and there as she remembers Rhea’s allegations against her.

Sahana comes and tries to stop Prachi but Prachi pushes away Sahana and continues to vent her anger.

Finally breaking down in tears, Prachi tells Sahana how Rhea’s words and Ranbir’s silence have hurt her.

Prachi declares that Rhea was right earlier and that Ranbir considers Rhea as his real wife instead of her.

Sahana reminds Prachi of the party incident when Ranbir announced that Prachi is his real wife in front of everyone but Prachi finds flaws in that too.

Convinced that Ranbir did it to protect his family’s image, Prachi dismisses Ranbir’s efforts and molds them into a fake act.

Just then, Rhea appears and tells Prachi that she has finally understood the truth as to why Ranbir announced Prachi as his wife.

Rhea goes on lying and tells Prachi that Ranbir later confronted her that whatever he did earlier was to protect Rhea.

Coming to the Nick situation, Rhea tells Prachi that Ranbir was eagerly searching for Nick at Rhea’s request, not because he was worried about Prachi.

Prachi gets convinced by Rhea’s words and vows to punish the whole Kohli family for betraying her.

Marking the date of next week, Rhea asks Prachi to get out of the house within this time as she and Ranbir are going to stay together.

After Rhea leaves, Pallavi warns Prachi to stay away from Ranbir and not to cause any commotion.

Later, Rhea grins while sitting alone as her dream of getting Ranbir for herself is going to be true.