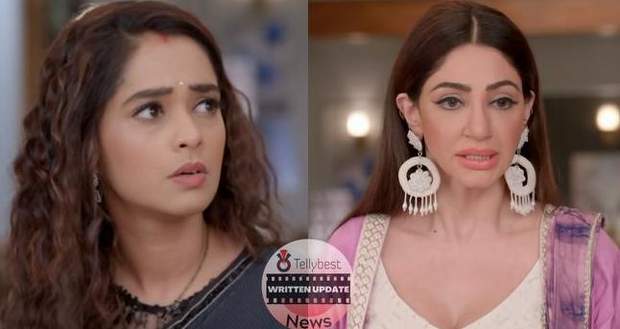 Seeing the video, Ranbir throws a glass in anger while Pallavi asks Ranbir to calm down as anger isn’t the solution to this situation.

Alia chimes in saying that as Prachi is engaged to Sid that’s why the news outlet has misconstrued the narrative.

Ranbir shouts hearing this and says that the news outlets are nobody to pass judgment on Prachi’s character and he will sue the news channels for defamation.

Rhea gets scared and tells Ranbir that this news has spread like wildfire throughout the city, and asks him if he plans on suing the entire city.

Meanwhile, Pallavi says that she feels like fleeing the city like a coward as this time the entire family has earned an ill reputation.

Ranbir asks Pallavi to calm down, to which Pallavi responds by shouting at him and asking him for once not to be so blind to Prachi’s love and think about his family first.

Pallavi further tells Ranbir that the Kohlis have earned this, all thanks to him, Sid, and Prachi.

She further says that today is the first time that the Kohlis have become a piece of gossip.

Ranbir replies that he won’t be able to sit idle and tells Pallavi that the person who has paid the news outlet to write about Prachi is the same person who tried to kill Prachi and is now sabotaging the family.

Pallavi then takes Prachi to a room and tells her to call up the news channel, stating that she is getting married to Sid so she isn’t having an affair.

Rhea starts lecturing Prachi that it’s her moral responsibility to call up the reporter and tell the truth.

Ranbir throws the chair in sheer anger after hearing this while Pallavi shouts at Prachi, instructing her to get married to Sid so that the newspaper will issue an apology.

Alia shouts at Prachi while Prachi responds saying that Rhea is the one who is characterless but somehow all discussions land on her and her child.

Rhea tells Prachi to mind her language and not divert the issue at hand.

Meanwhile, Prachi retorts saying that Rhea also must prove with a DNA test that she is pregnant with Ranbir’s child.

© Copyright tellybest.com, 2022, 2023. All Rights Reserved. Unauthorized use and/or duplication of any material from tellybest.com without written permission is strictly prohibited.
Cached Saved on: Monday 21st of November 2022 02:42:31 AMCached Disp on: Monday 5th of December 2022 12:34:15 AM