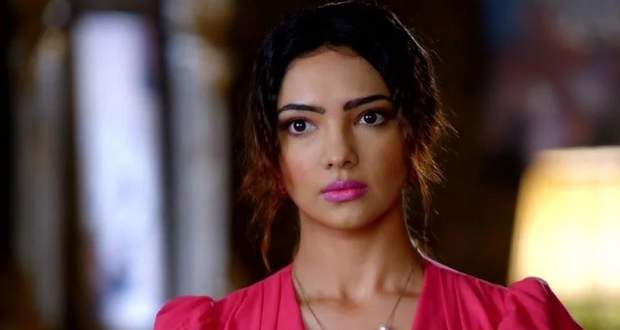 Today's Kumkum Bhagya 30 April 2021 episode starts with Saritha telling Pragya to talk to her so that she can calm herself.

However, Pragya refuses saying she doesn't want to jinx the plan that she has.

Meanwhile, Rhea confronts Ranbir for being with Prachi and not informing her.

He tries to explain to her the reason but she doesn't listen and demands him to be nowhere near Prachi.

Pallavi sprains her ankle and Ranbir tries to help but she refuses his help.

Both Pallavi and Rhea hold Prachi responsible for him going to jail while he keeps insisting that it was his fault.

Prachi praises Ranbir and discusses him with Sahana.

Ranbir accuses Rhea of being responsible for the fights in the house and compares her to Prachi.

She apologises to him and asks Pallavi to not fight because of her while Pallavi praises her for being understanding.

© Copyright tellybest.com, 2020, 2021. All Rights Reserved. Unauthorized use and/or duplication of any material from tellybest.com without written permission is strictly prohibited.
Cached Saved on: Sunday 9th of May 2021 04:55:48 AM