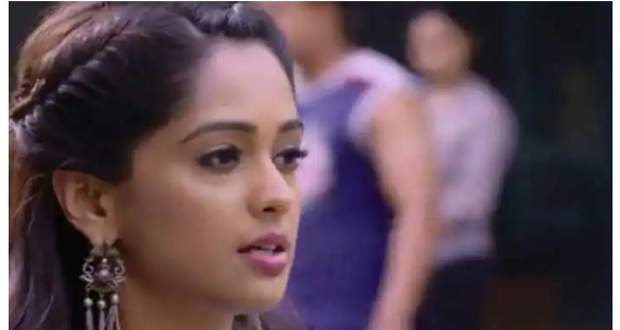 Today's Kumkum Bhagya 30 November 2020 episode starts with Rhea telling Pragya and Prachi that they are not her family while Aliya watches the scene from upstairs.

Prachi confronts her while Pragya tries to calm Rhea. Rhea doesn't believe that they went to the police station to bail her and tells them to get out of her house.

Prachi gets furious and leaves taking Pragya with her. Ranbir calls Prachi's cell but her cell is at home and doesn't get a response.

He further calls her landline and Saritha picks up after which he tells her to inform Prachi that he is coming to meet her.

She confronts her saying she hurt Pragya. Mitali and Aliya tell her to get out but Rhea stops them and tells them that she wants to teach Prachi a lesson.

Prachi says she missed the opportunity to have Pragya as her mother and now no one will be her mother.

Rhea gets angry and throws her out of the house and slams the door in the face.

Rhea goes into her room and breaks down addressing Pragya as her mother.

Pragya tells Prachi that Rhea needs her and is about to go inside but Prachi stops her and says that Rhea hates her.

Meanwhile, Abhi wakes up and sees the fallen photo of Rhea and decides to call her but finds that his phone is dead.

Abhi gets a headache and opens the curtains of his window.

© Copyright tellybest.com, 2020, 2021. All Rights Reserved. Unauthorized use and/or duplication of any material from tellybest.com without written permission is strictly prohibited.
Cached Saved on: Thursday 28th of January 2021 07:16:47 PM