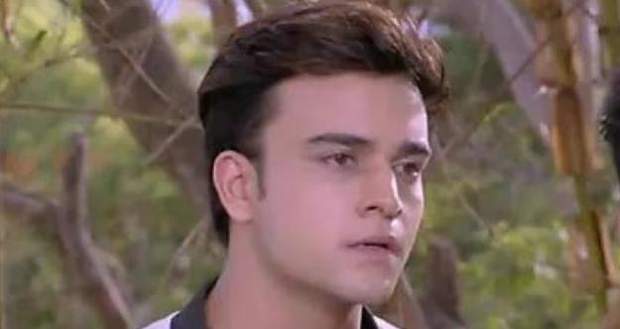 Today's Kumkum Bhagya 3 December 2020 episode starts with Rhea telling Abhi to marry Meera for her but he declines which sparks an argument between the two.

Rhea threatens him to leave the house and he agrees to marry Meera after which he leaves.

Abhi schedules an appointment with the doctor for his headache and his wallet falls. He sees Pragya's picture and reminisces everything.

Mitali questions Aliya if Meera denies marrying Abhi. Rhea states that it will never happen and storms off.

Meanwhile, Vikram confronts Ranbir and says that he is making a mistake by compromising his love for Prachi because of Pallavi.

He tells Ranbir to stay with Prachi but Ranbir says that he will marry Rhea for Pallavi. Prachi gets emotional missing Abhi while Sahana consoles her and both hug each other.

Elsewhere, Abhi goes to Meera's room to discuss the matter of Rhea's wish. Meera tells him that she will leave soon as he got his wife Pragya back.

He tells her that it is something else and reveals to her that Rhea wants him to marry her.