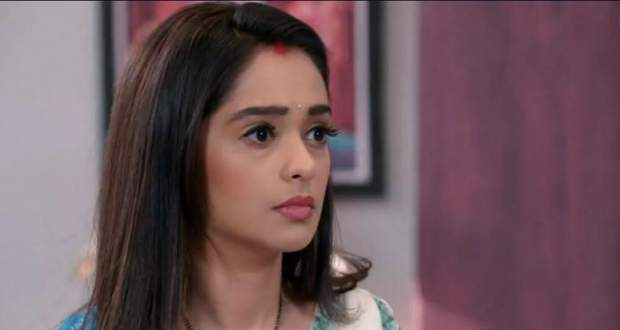 Today's Kumkum Bhagya 4th April 2022 episode starts with Prachi suspecting Ranbeer’s relationship with Rhea after hearing his words towards her.

Sahana tries to change Prachi’s mind by mentioning the medicine packets in Rhea’s room but Prachi refuses to believe her words.

Hearing Sahana’s words, Prachi announces that she will get into her worst character if Rhea turns out to be involved in drugging Ranbeer.

Meanwhile, Pallavi remembers Ranbeer’s words and feels sad when Dida enters the room to hand her the saree for the puja.

Pallavi whines about Dida giving advice about Ranbeer and Prachi which makes Dida laugh and appreciate her sense of understanding.

However, Dida declares that Pallavi has failed to be a good mother-in-law and should opt to notice her child’s real happiness.

At night, Vikram visits Ranbeer and asks him why he is acting so fake in front of him.

Ranbeer tells Vikram about her fights with Prachi and gets encouragement from Vikram to solve his misunderstandings.

The next day arrives, Prachi along with the entire family gets busy in the preparations of the puja.

Pallavi decides to make Rhea and Ranbeer do the puja together after hearing Panditji’s suggestion of doing the puja in pairs.

Sahana and Dida intentionally leak the news to Prachi so that she could stop Rhea from getting closer to Ranbeer.

On the other hand, Rhea and Aaliyah celebrate their plan of killing Prachi at the puja as they get ready to shed fake tears to show off.