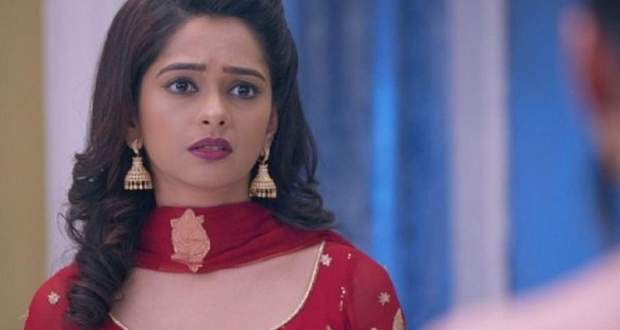 Prachi says that she will do anything for her mother while Rhea puts forth a deal in front of her to sacrifice Ranbir if she wants to stop Meera and Abhi's wedding.

Prachi agrees and goes while she bumps into Ranbir and runs away from him.

Baljeet locks her door while on a call with Saritha.

They talk about Abhi and Pragya's relationship and praise their love.

Saritha says that she has sent Pragya for shopping with an excuse.

Suddenly, Pragya comes there and Saritha lies that she is talking to her boyfriend after which Pragya leaves.

Prachi is crying thinking about Rhea's deal while Pragya comes there and consoles her without knowing the real reason behind her crying.

Later, Pragya leaves while Prachi says that its time for her to give happiness to her mother.

Rhea taunts Aaliya and says that her plan did something that they never could.

She informs her about her deal with Prachi which shocks her.

Elsewhere, Ranbir reaches Prachi home and knocks on her door.

Prachi tells Saritha to tell him that she is not home while Saritha opens the door and says the same after which he leaves.

Saritha asks Prachi what is the matter but Prachi replies that she will tell her later.

© Copyright tellybest.com, 2020, 2021. All Rights Reserved. Unauthorized use and/or duplication of any material from tellybest.com without written permission is strictly prohibited.
Cached Saved on: Sunday 17th of January 2021 11:07:48 AM