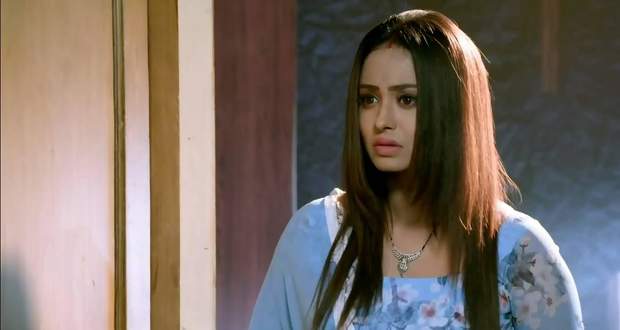 Today's Kumkum Bhagya 7th July 2022 episode starts with Rhea insulting Aliyah and telling her that she is facing everything because of her.

Aliyah tries to calm Rhea while Rhea says that she will use her fake pregnancy to get her rights of Ranbir.

Finally, Aliyah plans to do something that will make Dida herself kick Prachi out of the house.

Meanwhile, Prachi collides with Ranbir and is about to fall but gets saved by him.

He asks if she's okay out of concern while she tells him to not worry about her and worry about his wife Rhea who is pregnant.

Stanley sees them and thinks that they look like the perfect match and goes back to work.

Ranbir tells Prachi to not order him around as he is tired of her, Rhea, and Pallavi ordering him around.

Back in the room, Aliyah calls someone and invites them over saying that they have some work to do.

Further, Ranbir looks at Prachi which annoys her and she tells him not to stare at her.

However, he says that he has the right to look at his wife while Sammy also supports Ranbir's words.

Later, Rhea comes downstairs and gets upset seeing Ranbir and Prachi looking at each other.

Prachi tries to talk to Rhea but gets stopped by Aliyah.

Rhea tells Prachi if she had cared for her, she would have left earlier and goes to her room.

Pallavi sees Rhea and goes after her along with Aliyah to their room.

Inside the room, Rhea cries and does drama saying that she feels threatened by Prachi.

Further, Rhea cries saying that nobody cares about her child while Pallavi assures her that Prachi will be out of the house soon.

Rhea acts of feeling sick and Pallavi runs to call a doctor while Rhea closes the door and tells Alia that she's just acting to get everyone's attention.

Meanwhile, Pallavi tells Ranbir to call the doctor while Prachi says that the pregnant lady should not eat medicines and goes to make something for Rhea in the kitchen.

Later, Prachi feeds soup to Rhea while Ranbir watches them from afar and feels sad for Prachi.