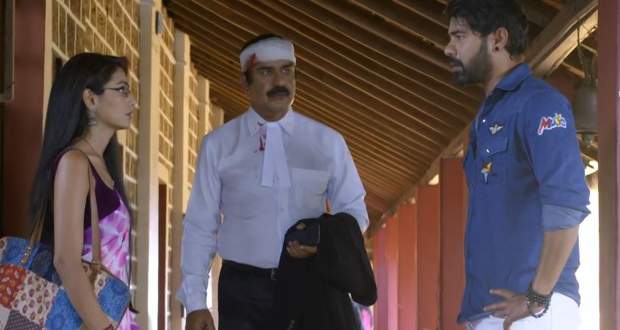 Further, she and Abhi take Raghuveer to the hospital while the rest of the family members go home.

Ranbir and Aaryan get nostalgiac seeing the farmhouse while other family members arrange their rooms.

Abhi praises Pragya for keeping her promise that she will get him out of jail while she gets upset and says that he would have been freed had she not lost the audio recording and footage.

Abhi comforts her and tells her that it isn't her fault.

Aryan asks Ranbir if he did all of the things for Prachi but denies saying that he doesn't love her anymore and did everything for Abhi.

Prachi overhears them and goes while a vase breaks.

Aryan says that Prachi overheard them while Ranbir reveals that he knew and that that is why he hid his feelings.

Sahana calls Pragya and requests her to come as Saritha is unwell and Pragya goes there.

Meanwhile, Tanu calls Abhi and tries to give him a deal but he disconnects the call.

Upcoming Kumkum Bhagya episode update: Tanu tells Pragya to get her married to Abhi if she wants him out of jail.