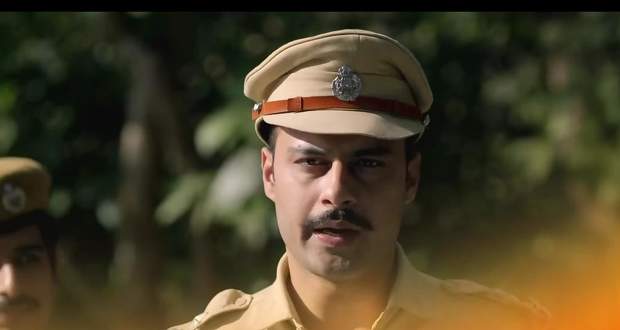 Today's Kumkum Bhagya 9 February 2021 episode starts with the fake constable, Ahankar telling the fake Inspector that someone was following them.

The fake Inspector takes Anhi and Sprague and introduces them to his sister who informs them that it is her Sangeet ceremony.

The fake inspector tells the couple that they might have to stay till the next morning and goes while Abhi gets a call from Purab who tells him to tell into the phone that he and Pragya are fine.

Abhi ends the call while the fake inspector snatches the phone and breaks it saying that he did it so that the location can't be traced by the goons.

The fake inspector tells them that they can to celebrate the Sangeet function.

Meanwhile, the pandit Ji looks at Pragya's Kundali and says that a Pooja needs to be done as the next 12 hours are very dangerous while Aaliya insults him and says that he is here just for money.

Elsewhere, the fake Inspector's mother tells them to get ready for the Sangeet celebration and goes while Abhi tries to romance with Pragya.

Meanwhile, the commissioner berates the Inspector for not following his orders and further tells him to bring the shooter Snake to the PS while warning him to not stop the jeep on the way.

Another shooter throws the nails on the road due to which the police jeep's tyre gets punctured.

Inspector finds the nails and says that it is done on purpose while he sees the shooter and fires at him.

The police and shooter get into a fight with Police having the upper hand while the fake inspector comes there with his goons.

The real Inspector thinks that he is a police officer and talks to him while the fake inspector suddenly shoots him and kills him while saying that Snake and Killer (shooter) are safe now.

Meanwhile, The fake inspector's wife teases Pragua for Abhi caring for her.

Upcoming Kumkum Bhagya episode update: Pragya finds out that the inspector is on the shooter's side.