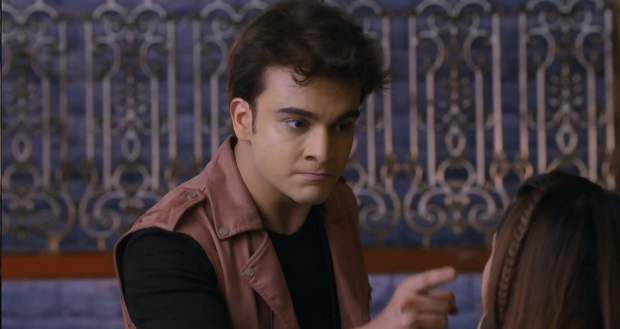 Today's Kumkum Bhagya 12 Oct episode starts with Rhea blaming Aliya for growing hatred in her mind towards her mother and sister.

Ranbeer takes care of Prachi and helps her in wearing her anklet. Aaryan calls Ranbeer to come home and Prachi asks Ranbeer to not involve in Rhea’s matter.

Later, Prachi talks to her sister’s picture and shares that she likes a guy whose name is Ranbeer.

Rhea shouts at Aliya for always keeping her away from Pragya and Prachi. She tells Aliya that she will give all the rights and respect to her mother.

Abhi wakes up from her sleep and questions Daadi about Rhea and Prachi. Daadi informs him that Rhea was calling Prachi her sister.

Rhea cries a lot and apologises to him but Ranbeer tells her that he will never forgive her. Aliya overhears their conversation and decides to use Ranbeer’s hatred as a weapon against Rhea.

© Copyright tellybest.com, 2018, 2019, 2020. All Rights Reserved. Unauthorized use and/or duplication of this material without written permission from tellybest.com is strictly prohibited.
Cached Saved on: Saturday 5th of December 2020 04:32:37 AM