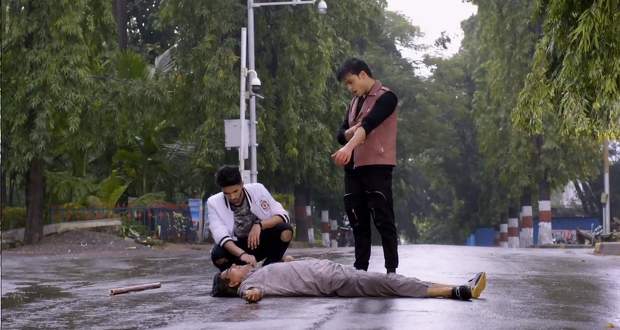 The truck driver gets unconscious and Ranbeer decides to take him to his friend’s place. Meanwhile, Rhea feels jealous of Prachi and tells Aliya that Ranbeer and Prachi always come together at the end.

Aliya asks Rhea to be silent and not to talk about Prachi’s accident ever again. Mitali tries to overhear their conversation but couldn’t hear anything.

Later, Shahana informs Pragya that Abhi Mehra came to the hospital and went to the reception to clear the bills. The doctor tells Pragya that Prachi had a huge blood loss and she needs blood to get stable.

Ranbeer takes the truck driver to his friend home. His friend Nick questions Ranbeer that it will create a problem for him to keep that truck driver at his house.

Ranbeer requests Nick to help him so that he can get the information about the culprit. Elsewhere, Abhi calls the doctor to know about Prachi’s condition and the doctor informs him that they need B positive blood group for Prachi.

Abhi tells the doctor that his daughter has the same blood and he is coming to the hospital along with her. Abhi rushes to his home and questions Mitali about Rhea, while Rhea tells Aliya that she will tell Abhi that Prachi is trying to snatch Ranbeer from her.

Rhea assures Aliya that Prachi will die for sure and Abhi overhears her conversation with Aliya.

© Copyright tellybest.com, 2018, 2019, 2020. All Rights Reserved. Unauthorized use and/or duplication of this material without written permission from tellybest.com is strictly prohibited.
Cached Saved on: Tuesday 1st of December 2020 10:46:33 AM