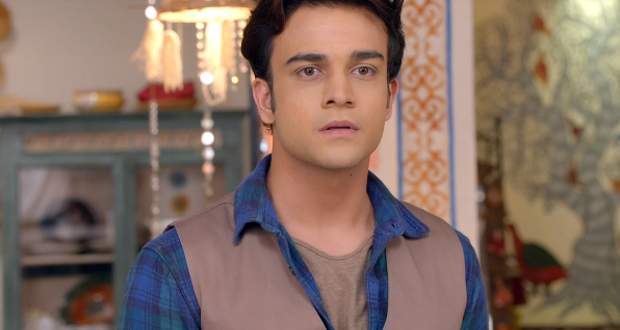 Ranbir arrives at the same time and Prachi doesn’t let him in. Sarita finds him outside and asks him to come inside and have some tea.

Ranbir and Prachi continue to look at each other and remember their special moments. Ranbir tries to talk to Prachi while she wants to throw him out of the house.

Maya wishes to go to the shopping mall while her mother is happy about her love life. Meanwhile, Ranbir wants to know why Prachi is upset with him.

Prachi says there is no one reason and his proposal is one of them. Ranbir asks Prachi to calm down and says that he loves her. He goes on to praise her and says he is experiencing the best feeling of his life.

Ranbir further wishes to spend his life with her make her happy his whole life. He also proposes to give her time and not force her in reply. Ranbir remembers a back story wherein he has planned to get Prachi in his comfort zone.

Ranbir wants to stay near her and has decided to give her space. He further asks her to help her as Maya and her family want to go to the shopping mall the next day.

Ranbir takes her to the mall and proposes to act as if they are in a relationship to get rid of Maya. Maya and Maya’s mother come at the same time and Ranbir acts as if he is not with Prachi.