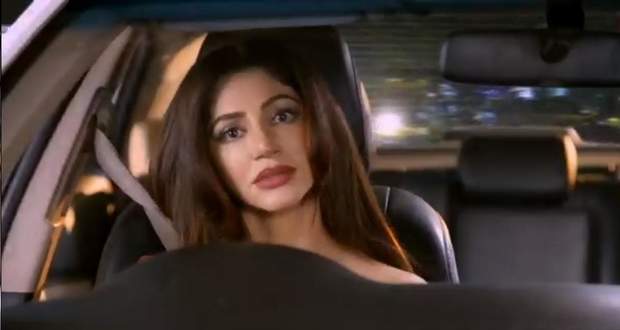 Pallavi gets emotional and tells her mother-in-law that she was not able to see Prachi’s true intentions.

Mitali feels confused about thinking if Pragya called on the landline or not. Aliya arrives there and Mitali informs her about her confusion.

Aliya gets scared of Pragya going to meet Abhi and rushes to stop her. Elsewhere, Abhi tells his staff that his company is a charitable organization and cannot do anything wrong.

Aliya decides to kill Pragya to stop her from meeting Abhi. She hits Pragya’s taxi and Pragya falls out of the car in an injured condition.

Prachi feels bad for Abhi and tells Sarita that she used to find her father in Abhi’s face. She gets emotional on thinking that Abhi asked her to leave his life.

Ranbeer hugs his Daadi and tells her about his feelings for Prachi. Daadi says that she understands him, while Pallavi comes there and misunderstands Ranbeer.

She emotionally blackmails Ranbeer and asks him to choose one between her and Prachi.

© Copyright tellybest.com, 2018, 2019, 2020. All Rights Reserved. Unauthorized use and/or duplication of this material without written permission from tellybest.com is strictly prohibited.
Cached Saved on: Sunday 29th of November 2020 10:14:58 AM