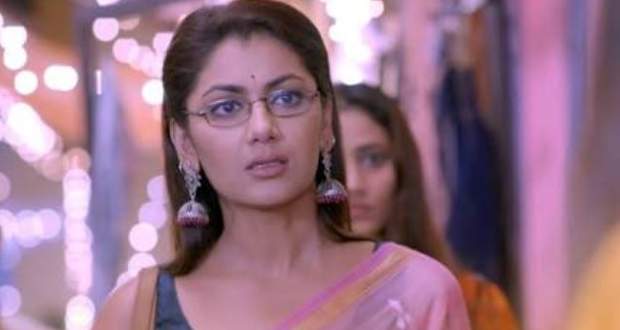 The Kumkum Bhagya 29 Oct episode starts with Aliya saying to Pragya that she should spare Rhea and Abhi telling Aliya to shut up.

Pragya says to Aliya that she will not leave as she is Rhea’s mother but Aliya keeps on blaming Pragya for Rhea’s poor health.

Abhi gets furious at Aliya and raises his hand to slap her but is stopped from doing so by Pragya.

Aliya calls the security guard to throw Pragya out of the factory but Abhi shouts at Aliya and asks her to stop behaving in that manner with Pragya as she is Rhea’s mother.

Meanwhile, Pragya gets shattered and moves out of the factory without informing Abhi.

At the same time, Ranbeer decides to convince Rhea to step back and let him marry Prachi.

Prachi calls Pragya but the latter is walking in the middle of the road and the people ask her to walk on the side.

Later, Pragya takes a taxi to the hospital to meet Rhea.

On the other side, Abhi searches for Pragya and learns from the security guard that she has left.

Prachi gets worried for Pragya and tells Sarita and Shahana that she is going out to find her mother.

Meanwhile, Rhea gets restless in the hospital while the nurse gives her injection to make her sleep.

Pragya enters Rhea’s ward and apologizes to her for leaving her in childhood.

Furthermore, Abhi decides to apologize to Prachi for shouting at her and tell her that he is her father.

© Copyright tellybest.com, 2018, 2019, 2020. All Rights Reserved. Unauthorized use and/or duplication of this material without written permission from tellybest.com is strictly prohibited.
Cached Saved on: Thursday 26th of November 2020 09:10:20 AM