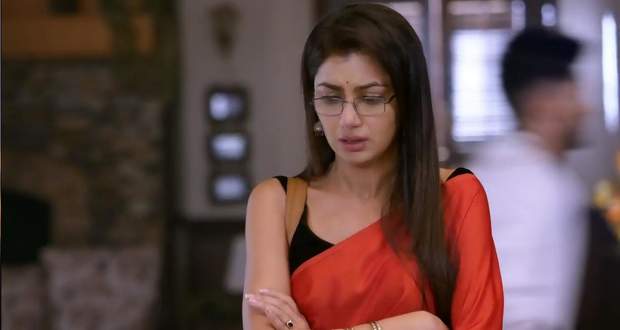 Today's Kumkum Bhagya 2 Oct episode starts with Ranbeer making a call to Pragya to inform her about the truck driver. Sarita takes the phone and puts it on speaker.

Abhi asks Rhea that why she wants to hear Prachi’s death news. Aliya asks Abhi to not to talk in a rude way to Rhea.

He gets angry with Aliya for defending Rhea, while Aliya tells Abhi that Rhea was worried for him and there was a misunderstanding.

Abhi apologises to Rhea for thinking wrong about her and takes her outside to talk to her. He informs Rhea that they have to donate blood for Prachi.

Abhi gets injured and Daadi asks him to wait for some time so that she could bandage on his wound. Abhi asks Rhea to rush to the hospital to donate blood for Prachi.

Meanwhile, Ranbeer and his friends tie the truck driver with the chair. Pragya arrives there and asks Ranbeer to get the goon gain consciousness.

Aliya feels grateful that Abhi didn’t go to the hospital but she worries that Abhi will get to know someday that Prachi is her daughter.

Rhea reaches hospital and decides that she will not donate blood and Abhi will not get to know about this. Meanwhile, Daadi asks Abhi about his connection with Prachi. Abhi calls Rhea and asks her if she has reached the hospital.