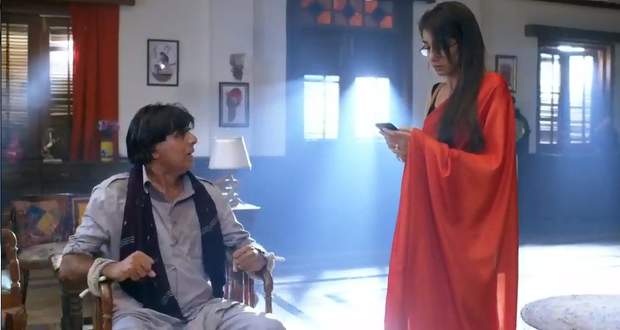 Today's Kumkum Bhagya 5 Oct episode starts with the doctor getting the blood for Prachi and waits for her to regain consciousness. Ranbeer throws water at the truck driver’s face and questions him about Prachi’s accident.

Pragya gets a call from the doctor and he informs her that Prachi has got a blood donor. Later, Pragya asks Ranbeer and Aaryan to go out so that she could talk to the truck driver.

Pragya asks the truck driver to tell her that who wants to kill Prachi but the truck driver refuses that he doesn’t know anything. Pragya breaks down and tells him that Prachi cannot have any enemy.

She requests him to tell about the person who wants to kill Prachi. The truck driver informs Pragya that he was given a contract by Rhea to kill Prachi.

He tells her everything that Rhea is responsible for everything wrong happening in Prachi’s life. He asks her to check his phone to get the call details that Rhea called him to give him the contract.

Pragya starts recalling Rhea’s last night conversation with her when Pragya asked her to be her daughter. Ranbeer questions Pragya that if the truck driver confessed anything.

Aliya makes a call to Rhea and asks her to leave from the hospital and to come back home. She asks Rhea to tell Abhi that she donated blood even though she hasn’t. Abhi asks her to pay the bills of Prachi and to give his credit card to Prachi’s mother to give her help.

Pragya starts crying and informs Sarita that Rhea wants to harm Prachi. The doctor informs Pragya that Prachi is not responding to the treatment and she might face comma.

Shahana tells Pragya and Sarita that Rhea is feeling so happy on seeing Prachi in a critical situation. Meanwhile, the truck driver frees himself and runs from Ranbeer’s friend’s house.