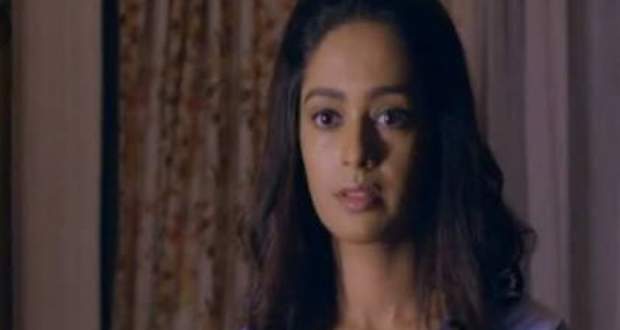 Kumkum Bhagya 7 Oct episode starts with Aliya calling Rhea to ensure that she is fine and suddenly Rhea’s car hit a wall and people start gathering around it.

She gets unconscious for a while and regains consciousness after some time. Later, she receives Aliya’s call and informs her about the accident.

Aliya gets worried to hear about Rhea's accident and asks her about the reason for her irritation. Rhea tells Aliya the truth that Prachi's mother slapped her and Aliya furiously takes Pragya’s name.

Rhea is shocked to hear Alia taking her mother's name. Meanwhile, Ranbeer tells Pragya that Prachi will be treated by the senior doctor.

Pragya hides Rhea's truth from Ranbeer, while the doctor informs Pragya that Prachi has to gain consciousness in order to recover.

On the other hand, Rhea asks Aliya why she addressed Prachi’s mother with her mother's name. Aliya lies to Rhea that she was thinking about her mother and therefore took her name.

Further, she sends Rhea to Prachi's place to destroy every evidence against her. At the same time, Pragya argues with God and decides to pray until Prachi recovers.

Prachi regains consciousness, while Ranbeer enters her room to see Prachi. He gets happy to see her in her conscious state and expresses his feelings to her.

© Copyright tellybest.com, 2018, 2019, 2020. All Rights Reserved. Unauthorized use and/or duplication of this material without written permission from tellybest.com is strictly prohibited.
Cached Saved on: Monday 30th of November 2020 04:37:16 PM