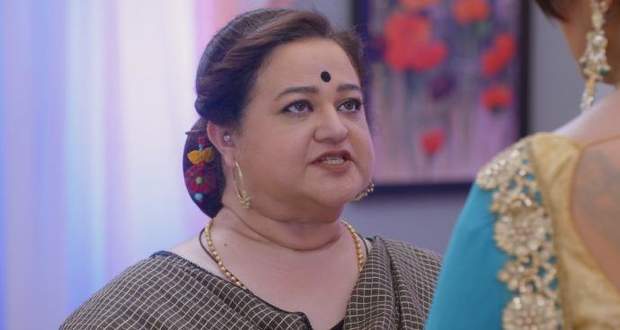 Today's Kundali Bhagya 10 February 2021 episode starts with Akshay telling everyone that it is because of Preeta that he is breaking his marriage with Kritika.

Rakhi and Kareena plead with Akshay not to break the marriage and leave Kritika in marriage Mandap but in vain.

Akshay leaves the marriage hall and Preeta says that it's good that you are leaving Kritika and Kritika’s life is saved from getting spoiled.

Akshay says Preeta that she has lost the battle as she will face her family’s scorns every day for spoiling Kritika’s life and Karan will not even spare Preeta.

Kareena is very much angry with Preeta and tells her to leave the house while Karan says that she is talking about the daughter in law of his home and talking to his wife so Preeta will not leave this home.

Karan says that nobody leaves the house for making a mistake, if he would have made this mistake then they would not have told him to leave the house.

Sarla takes a stand for Preeta and tells that nobody trusts Preeta so she will not let her child live in this home.

Sarla says that every relationship’s foundation is trust so if nobody trusts Preeta then Preeta does not need to carry on with any relationship in this house.

Karan does not take a stand for Preeta and says that she didn’t involve him in any of the planning for collecting proof against Akshay.

Sarla takes Preeta out of the Luthra house but Karan does not stop her.

Preeta does not eat anything after reaching the home and Srishti is also feeling sad due to Preeta's condition.

Meanwhile, Karan is packing the bag of Preeta and Sameer asks him what he is doing.

Sarla says that she warned Preeta that her and Karan’s life could get affected while saving the life of Kritika but she didn't listen to her.

Srishti tries to console Preeta, calls Karan but Karan is in anger and says to take the bag of Preeta so that she can live at her house without any discomfort, to which Preeta becomes even sadder than before