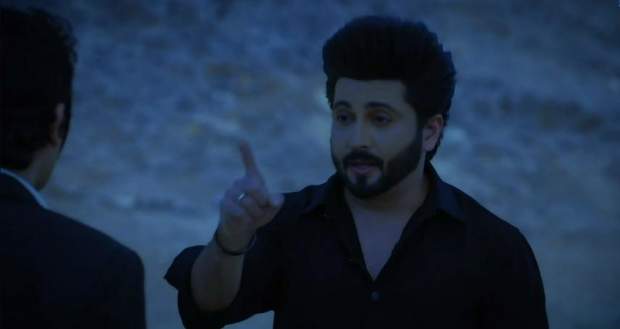 Today's Kundali Bhagya 10th June 2022 episode starts with Preeta and Luthras coming to the morgue to identify the body.

Dadi looks at the wallet and seeing their photos inside it cries with grief.

Rakhi observes the watch on the body’s hand and remembers gifting it to him and shouts feeling the pain.

Preeta is about to open the face when the doctor warns her that it is destroyed.

Afterwards, all the family performs Karan’s last rites and cries for him.

Thirteen days after Karan’s death, Mahesh complains to Rishabh of Karan leaving them alone and cries for him.

After one month, life at Luthra's house is morbid while Sameer finds Karan's video where he was going on a cricket tour.

Everyone looks at the video and cries again while remembering Karan.

Preeta cries listening to Karan's assurance of coming back soon.

Rakhi asks Preeta not to cry as Karan has asked.

After a while, Preeta faints and worries everyone.

After examining Preeta the doctor tells them that Preeta is pregnant.

Everyone rejoices at the news while Preeta shed tears of happiness.

Meanwhile, Sherlyn informs Prithvi of Preeta's pregnancy and tells him that now she will become more precious to the Luthras.

On being asked, Sherlyn tells Prithvi that she has spies in the Luthra house.

Prithvi gets agitated at the news while Sherlyn tells him that they will tell them that it's not Karan’s child.

Prithvi likes the idea and tells him that this is exactly what he will do and then Luthras will throw her out just as he wants.

Preeta is being coddled by the family when Shrishti, Biji and Janki come bearing presents and sweets at the good news.

Just then Prithvi comes shouting for Preeta while Rishabh begins to throw Prithvi out.

Prithvi creates suspense by telling Preeta to tell everyone about the truth.

Later, Prithvi tells everyone that Preeta is carrying his child which shocks everyone.

Rishabh beats him for putting allegations on Preeta and throws him out of the house while Preeta cries telling everyone that this is Karan and her child only.