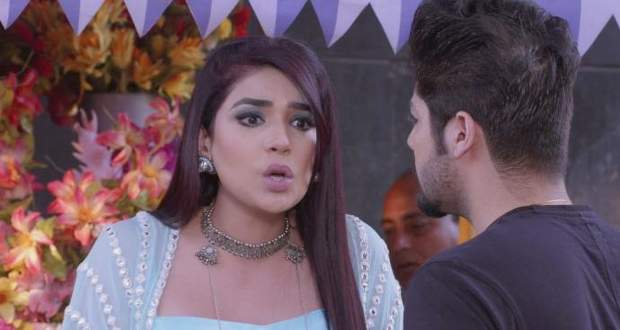 Today's Kundali Bhagya 10 March 2021 episode starts with a conversation between Kareena and Preeta.

Preeta tries to explain Kareena why she was talking to Karan as she wanted Karan and Rishabh to do a dance performance for Kritika’s ceremony.

Meanwhile, Janaki passes by and advises Kareena to trust Preeta.

Suresh, Pammi, and Rakhi also tell Kareena that she should trust Preeta as she is a nice girl.

Pammi tells Kareena not to come under any bad influence and avoid doubting Preeta.

Later, the security guard at Prithvi’s house plays a trick and he comes to know that there is some mess in the house.

He calls Prithvi but the call goes unanswered. Prithvi misses the chance to acknowledge that Srishti and Sameer are there in the house.

In between, Shubham, Prithvi’s friend tries to create a scene while Kritika gets confused as he tries to tell something about Sherlin and Prithvi.

Prithvi tries to astray Kritika from Shubham’s conversation and diverts her mind.

Preeta makes an announcement of the dance performance. She and Karan dance to the song ‘Sweetheart’.

In the end, Mahira is seen with Karan.