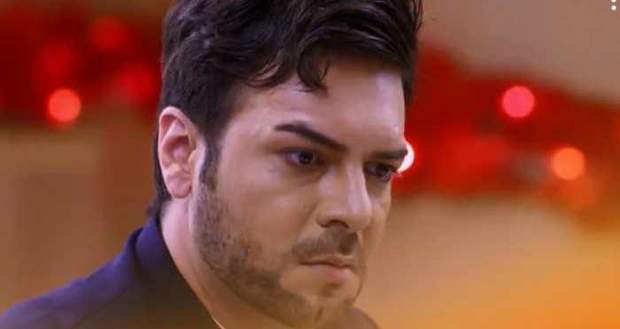 Meanwhile, Srishti and Sameer come home with the evidence.

Prithvi goes to Srishti where she says she has a big surprise to ruin his life.

Prithvi becomes curious and he asks Sherlyn for help telling her to find out what is Srishti’s plan.

While doing so, Rishabh calls Sherlyn with him to look after the guests.

Later, Mahira pretends that her foot has sprained. Everyone gets worried for her.

Karan lifts up Mahira in his arms and takes her to the room. While applying the ointment, Karan grabs it from Preeta and himself applies it to Mahira’s feet.

In between, Preeta comes to know Mahira is just acting for the sake of attention. Mahira tells Preeta that she is happy to see Karan’s changing feelings towards her. That makes Preeta curious.

Looking at Prithvi’s restless behavior Kritika feels that he is still not comfortable with the family members.

Srishti is looking for Preeta to show her the evidence.

© Copyright tellybest.com, 2020, 2021. All Rights Reserved. Unauthorized use and/or duplication of any material from tellybest.com without written permission is strictly prohibited.
Cached Saved on: Friday 30th of July 2021 03:02:32 PM