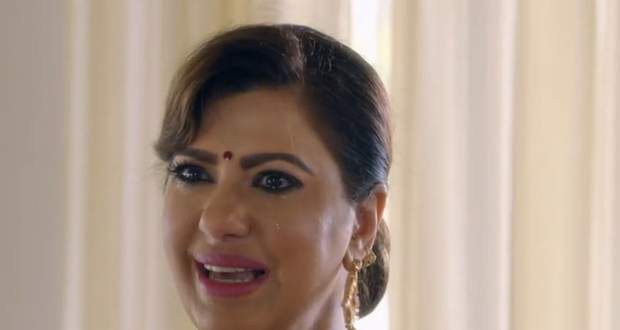 Today's Kundali Bhagya 11 May 2021 episode starts with Pammi addressing Preeta as unlucky while Rakhi stops her.

Rakhi tells her the sacrifices Preeta has made for them and tells her that Karan has become mature and responsible because of her.

Rakhi warns Pammi to not speak ill about Preeta and Prithvi also supports her words which annoys Sherlyn.

Further, Prithvi praises Pammi for being careful towards him while Preeta apologises to Rakhi.

Mahesh comes there and Rakhi asks him if he remembered everything but Suresh stops her.

Mahesh asks about Karan but nobody answers him.

Later, Prithvi reveals to Sherlyn that Megha is the one who had been blackmailing him which shocks her.

Mahira comes there and discusses bailing out Karan.

However, Prithvi stops her from doing anything which begins an argument.

Sherlyn tries to defend Prithvi but Mahira tells her that he is playing mind games with her.

Mahira leaves while Kritika comes there and questions Sherlyn's presence in their room.