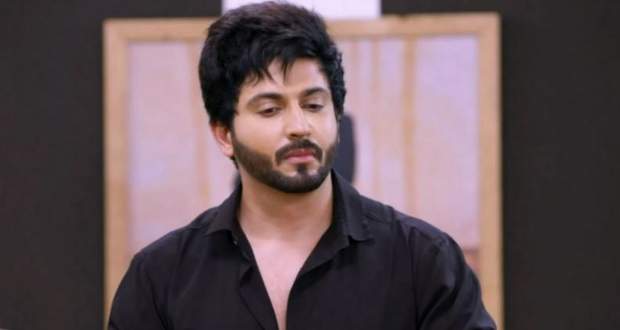 Today's Kundali Bhagya 11th May 2022 episode starts with the prosecutor cross-examining lawyers' evidence and asking Mr Malkani to not mix cases with another case.

The judge overrules Mr Malkani’s objection and is pronouncing his judgement when Preeta barges in and stops the judge from sentencing Karan.

Preeta drags Prithvi by holding his hair and tells the judge that it is Prithvi who has trapped Karan by using Sandesh as a pawn.

The judge asks Preeta to show her evidence but Preeta couldn't find them in the paper roll holder, while everyone looks at her with bated breath.

On the other hand, Mahesh wants to go and be with his family but his nurse stops him.

At the court, Preeta throws the paper roll down while Kritika comes to Prithvi to help him.

Kritika tells the judge that Preeta is trying to take advantage of Karan’s case to take her revenge on Prithvi.

Shrishti comes to Preeta's rescue and begins to argue with each other.

Just then Natasha comes in and asks to say something to the court.

The judge asks her to stand in the witness box and present the evidence.

In the flashback, Natasha reaches the spot of Prithvi and Preeta’s accident while they were unconscious and steals the proofs from the paper roll holder.

Later, she goes to Sandesh and blackmails her into making a different recording for her.

She also assures Sandesh of safe passage out of Mumbai.

After returning to the present, the judge asks Natasha to tell him who has trapped Karan.

Natasha points towards the seats where Prithvi is sitting and later tells them it is Prince and not Prithvi.

Natasha threatens Prithvi and tells him that she still has proof against him.

The judge calls him to the witness stand while Prithvi thanks Natasha for saving him.

Afterwards, Karan is proven innocent and is released. Everyone is overjoyed to see Karan free while Preeta looks at him with a wet smile.

Karan goes to Preeta who is looking at her expectantly and after a brief pause moves to Natasha to thank her.