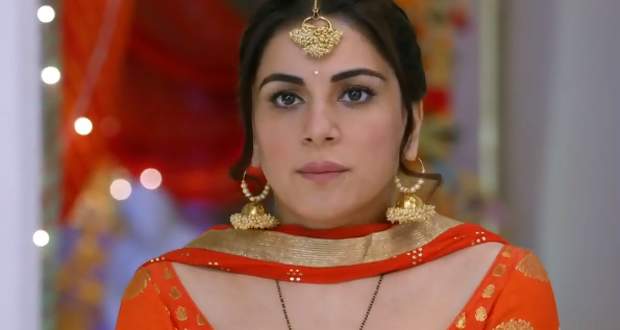 Today's Kundali Bhagya 12 January 2021 episode starts with Preeta taking Kritika to talk in private. Meanwhile, Ruchika asks Akshay to stay with him and not leave him alone.

Preeta tells Kritika that Akshay is cheating on her. She brings Kritika into the room where Akshay was with Ruchika.

However, Ruchika is not there and he is drinking. Karan and Sherlyn also come into the room while Kritika thinks Akshay is lying about drinking.

Preeta reveals that she didn’t bring Kritika to show Akshay’s drink but a girl who was present with him in the room.

Preeta says that Akshay was hugging a girl and was consoling her as she didn’t want him to get married to Kritika.

Akshay tries to manipulate Kritika and says his business is getting closed. Kritika trusts Akshay but also knows Preeta never lies about anyone.

Akshay states that there was a girl in the room with him and that it was Ruchika. Kritika knows Ruchika as she was their old college friend.

Akshay says she left earrings as a gift and was upset that they didn’t invite her to the wedding. Akshay acts as being upset and leaves the room while Karan follows him.

Preeta gets worried while Srishti wishes to open the lock of Akshay’s phone. Rakhi comes and takes Preeta away to do some preparations.

Ruchika escapes from the window and hides from Srishti and Sameer. Meanwhile, Akshay shows his understanding nature and states Preeta is doing everything for Kritika.

Karan thinks Akshay is the best guy for Kritika and also wants Preeta to understand the same. Akshay confronts Preeta and says he didn’t break the wedding for Kritika’s sake.