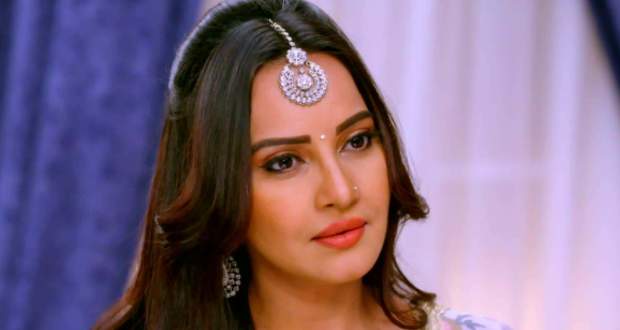 Today's Kundali Bhagya 12 January 2021 episode starts with Srishti unlocking Akshay’s phone with Kritika’s name. She finds something shocking in his phone and wishes to tell Preeta.

Akshay is ready to forgive Preeta while Srishti calls Preeta. Srishti tells Preeta that Akshay is having an affair with Ruchika.

Srishti tells about the messages of Ruchika and Akshay and that he called Ruchika 20 times. Akshay searches for his phone while Preeta asks Srishti to hide.

Akshay finds his phone outside while Srishti hides behind a pillar. Meanwhile, Sherlyn tells Mahira about Preeta’s accusations.

She wishes to use it as a way to spoil Preeta’s image in front of the family members. Later, Srishti gets Preeta out of the kitchen while Girish offers to help them.

Preeta and Srishti return to the same room and try to manipulate Ruchika so that she comes out. Preeta lies about Akshay telling everyone the truth.

Akshay messages Ruchika and she understand Preeta is faking it. Ruchika is saved as Srishti thinks Ruchika escaped from the window.

They decide to search for her while Ruchika decides to escape from the window again. Later, Ruchika escapes in the van while Sameer sees her escaping.

Ruchika warns Akshay about Preeta while Sherlyn takes him to talk to Mahira. Mahira praises Akshay for his big heart.

Kareena brings gifts for everyone in Kritika’s in-laws. Ramona praises Kareena and instigates her against Preeta.

Ramona further tells Kareena that Preeta has put allegations on Akshay that he is cheating on Kritika.

© Copyright tellybest.com, 2020, 2021. All Rights Reserved. Unauthorized use and/or duplication of any material from tellybest.com without written permission is strictly prohibited.
Cached Saved on: Friday 30th of July 2021 01:29:23 PM