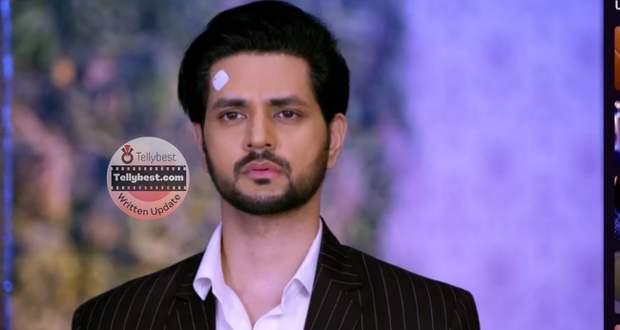 Today's Kundali Bhagya 12th January 2023 episode starts with Rakhi complaining to Mahesh that his belief in her is so weak that he does not believe her and then he told everyone that Rakhi is mentally ill and they should all go to rest.

How can he insult her maternal feelings like that especially when Pandit Ji also told them that Karan is alive?

Rakhi also shames Mahesh telling him what kind of a father he is who could not recognize his own son.

Mahesh sits on the bed thinking about many such moments when he has seen Karan in Arjun and want to believe Rakhi but cannot when he has burnt Karan’s pyre.

Meanwhile, Rakhi is crying in the kitchen where Preeta finds her and tells her that she is not wrong.

Preeta tells her that they had felt Karan in Arjun because they love Karan a lot and see him in anyone who has little resemblance to Karan.

She also tells Rakhi that it is possible that Arjun is purposely trying to make them believe that he is Karan so that they let him into their hearts and this house.

On Rakhi's denial, Preeta's eyes water asking Rakhi if he is Karan then why is he not telling them that he is Karan?

Rakhi tells her that if she can do her a favour and find out for her if Arjun is really Arjun Suryavanshi or is he, Karan.

Preeta also agrees with Rakhi saying that it is very important to find proof if he is Karan then they will need something really solid.

Just then Shristi also comes there and asks to be a part of their plan.

Later, Arjun comes home lost in Preeta’s thoughts recalling moments in the past that he spent with her.

Meanwhile, Anjali watches him from the side and asks him if he is thinking about Preeta.

Anjali reads through his mind and tells him that she has done so much for his revenge and in the end, he is supporting Preeta and on top of that hides the truth from her.

In the meantime, Prithvi is shocked to know that Arjun is Karan, one of the Luthra staff brings news for Prithvi which has Prithvi thinking.

Prithvi begins to laugh while sitting on a still cycle and paddling it in excitement.

On being asked, Prithvi tells the staff that Arjun is playing a big game to get his hands on Luthra’s property.

However, he is disappointed that Arjun is not in his team and he will not be able to profit from his scheme.

Meanwhile, Shrishti comes to Sameer to share her excitement about joining Preeta in finding the truth about Arjun but gets angry when Sameer kept sleeping and did not hear a thing.

After a while, Preeta asks God if Arjun is really Karan and if he is then why has he not told them?

She also tells God that if he is really Karan then she will not leave him.

After a while, Shrishti comes to Preeta complaining about Sameer ignoring her in his sleep while Preeta takes his side.

Later, Shrishti asks her how will they find out about Arjun or if he is Karan or not.

Preeta tells her that they will have to find any address proof he has, the place of his birth and whether the name he has given of his parents is true or not.

She also tells her that if he is Karan then he will definitely have something of Karan that only Karan would have.