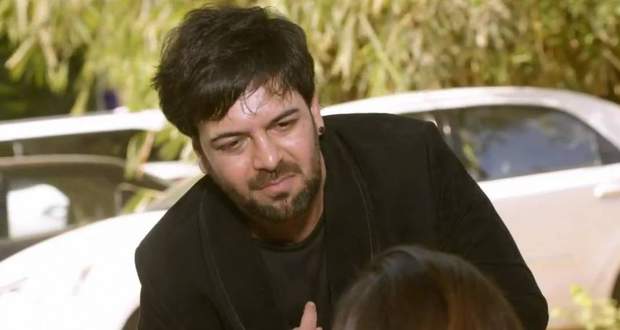 Today's Kundali Bhagya 12th May 2022 episode starts with Sameer telling Karan about Preeta’s efforts in collecting evidence. However, Karan talks sarcastically about Natasha getting all the evidence.

Kritika asks Prithvi about his condition and he blames Preeta for causing his accident and then dragging him to court with evil intentions.

Later, Karan tells everyone to sit in the car and stops Preeta from joining them.

Afterwards, Shrishti hires an auto for the Luthra mansion but Preeta directs it to Chemboor which surprises Shrishti.

In the car, Kareena is thanking Natasha for saving Karan and asks her how she manages to do it.

Natasha shows herself very brave and concerned for Karan and tells them that unlike Preeta she believes in doing what she says.

Sameer tells Karan that Preeta has also recorded Sandesh’s confession but could not show it to Karan.

Meanwhile, Preeta is reminiscing about Karan’s behaviour over the past week and is looking sad and depressed.

Later, Karan comes to Mahesh's room and finds him sleeping. He apologises to Mahesh for not keeping his promise and asks him to get well soon because he needs him.

Biji tells her that she is happy for Karan but sad that it was Natasha who takes the credit.

Preeta tells them that they should be grateful that Natasha was there to save the day else Karan would still be in Jail.

However, Preeta could not convince them and goes to her room after asking for tea.

In her room, Preeta is remembering her romantic moments with Karan and tears run out of her eyes.

Meanwhile, Karan is removing Preeta’s things from his room in anger as if he is throwing her out of his life.

After a while, Sherlyn comes to Natasha and asks her to leave as her time is over.

However, Natasha tells her that the game has changed and she has Prithvi and Sherlyn under her thumb now and is not going anywhere.

Meanwhile, Biji is praising Natasha for saving Karan while Shrishti does not trust her.

Shrishti tells Preeta that Natasha’s confession of Sandesh looks fishy to her and she is responsible for Preeta’s missing evidence.