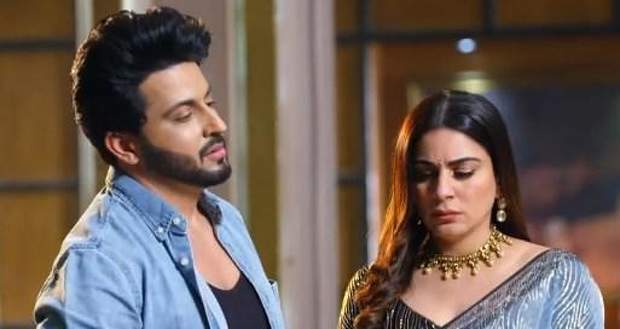 Today's Kundali Bhagya 13th April 2022 episode starts with Sameer reminding Shrishti of her past mistakes and telling her that despite her mistakes he always apologises and likes to be around her because he likes her a lot.

Later, he falls asleep while talking to Shrishti.

As Sherlyn opens the door of Preeta’s room, she finds Preeta and Karan sleeping entangled with each other.

Sherlyn is shocked at this turn of events and asks Natasha to pray that no one knows about this progress in this relationship or else everything will go astray and Natasha will become redundant to their plan.

At the police station, Prithvi is happy thinking about being free soon.

He is praising Nagre to the constable while Nagre and PM are brought to the police station in an intoxicated state.

Prithvi is shocked to see them like this while the constable mocks him.

Later, they are locked together with Prithvi.

Prithvi gets angry and asks Nagre and PM about his papers.

Prithvi beats Nagre and gets scolded by the constable.

After a while, Prithvi accuses Nagre of being useless and betraying his trust however, Nagre falls asleep on in Prithvi’s hand.

The next morning, Preeta and Karan wakes up at the same time and remembers the previous night's activities.

They try to act normal but fail and Preeta shuts herself in the bathroom.

At the police station, Prithvi wakes Nagre and PM and thrashes Nagre for spoiling his plans and asks him to get them out or else he will have to face consequences.

Nagre assures Prithvi that he will call his assistant and gets them out as soon as possible.

Meanwhile, Karan is thinking about last night and calls it his right when Preeta comes out of the bathroom.