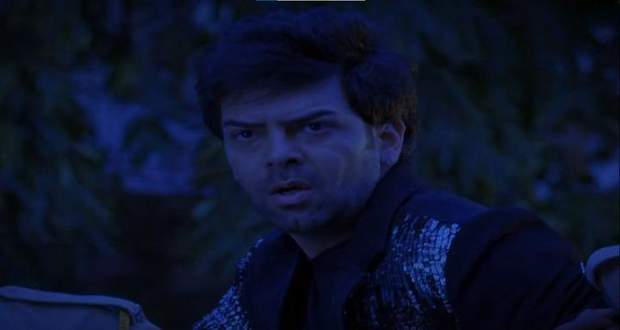 Today's Kundali Bhagya 13th June 2022 episode starts with Prithvi shouting that the baby in Preeta’s womb belongs to him as the police take him out of the Luthra house.

Preeta screams in despondency that the child belongs to Karan and her only, not Prithvi.

Rakhi pacifies Preeta by showing her faith that she believes the baby belongs to Karan and her character is very much pure.

Meanwhile, Bani mulls over the need of quieting society, otherwise, Prithvi will keep on coming and blabber nonsensical things.

Hearing his mother’s words, Mahesh suggests the custom of ‘Chaddar Chadhaai’ to protect Preeta from the cruel society.

Bani and Rakhi agree with Mahesh and explain to all that according to the said custom if a woman gets widowed at a young age then any bachelor man in the family marries her.

The statement comes as a shocker to Preeta and Rishabh for which Rishabh gets angry at the elders of the family while Preeta locks herself in the room.

Furthermore, Rishabh breaks into Preeta’s room to find her in a disheveled state and promises her that nobody would separate her from Karan.

On the other hand, Sherlyn enlightens Prithvi on how his foolish deed has made Luthra’s come up with the idea of marrying Rishabh to Preeta.

Prithvi doesn’t pay heed to Sherlyn’s words thinking of them as rubbish.

Meanwhile, Preeta and Rishabh mourn Karan’s death while the other family members try to console them.

Rishabh apologizes to Mahesh for his rude behavior and explains that he can’t marry Karan’s love.

On the other hand, Rakhi states the importance of a father in a child’s life and asks her to marry Rishabh for the child’s sake.