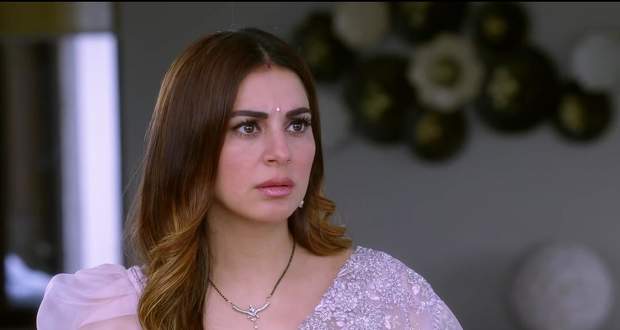 Today's Kundali Bhagya 13 May 2021 episode starts with Preeta visiting Karan in jail and trying to cheer him up.

She has a sweet banter with him and successfully manages to calm him.

However, Prithvi arrives there and gets upset seeing Preeta and Karan being close to each other.

Preeta assures Karan that she will bring the real culprit in front of the court and will prove him innocent.

She further gives him lunch she packed for him and leaves.

Later, Rakhi arrived home and Preeta asks her where she had been.

Pammi glares at Preeta while Suresh wonders what she will do next.

Rakhi reveals that Mahesh had gone to visit Karan and mentions changes in Karan's behaviour.

She requests everyone to pretend to be happy for Mahesh's sake.

However, Preeta promises her that she will bring back Karan home before Mahesh's birthday in the upcoming week.

Later, Preeta again visits Karan in jail and feeds him food while he flirts with her.