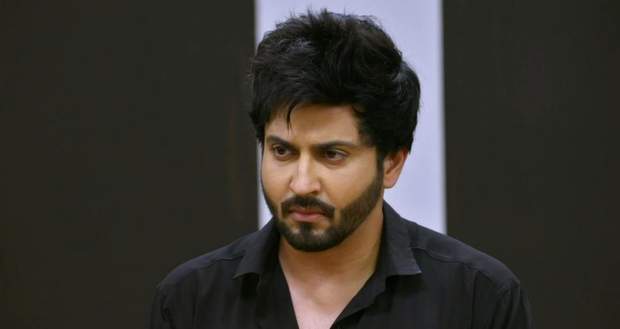 Today's Kundali Bhagya 13th May 2022 episode starts with Shristi revealing what she saw outside the court and Preeta getting angry realizing that she is telling the truth.

Elsewhere, Natasha orders around Sherlyn and feels good while Sherlyn looks at her annoyed.

Just then, Preeta comes there and accuses Natasha of stealing her evidence while Natasha refuses to have done such a thing.

Karan comes downstairs and ignores Preeta who tries to talk to her about it.

after getting done with Preeta’s arguments, Natasha says that she can’t prove anything.

Natasha goes after Karan and acts to talk nicely about Preeta while Karan leaves from there getting angry.

Feeling proud of her acting, Natasha thinks that her plan is going forward very smoothly and she will soon be together with Karan.

Back in the hall, Sherlyn tries to mock Preeta but gets insulted instead as Preeta calls her a loser and leaves from there.

Preeta goes to Karan’s room and tries to talk to him but he tells her that he cannot trust her as he would have still been in jail had it not been for Natasha who presented the evidence in the court.

Preeta tells him that they will talk when he is calm but he leaves saying that there is nothing left to talk between about them.

Karan goes to the bar table and starts drinking straight from the bottle recalling his romantic moments with Preeta.

Karan goes outside and is about to fall when a voice calls out to him and saves him from falling.

hoping that it is Preeta, Karan turns around and sees Natasha instead.

Preeta comes there and Karan retorts to her that she doesn’t need to care for him as Natasha has saved him just like how she saved him in the court.

Karan goes with Natasha in the car while Preeta notices someone jumping on Sherlyn’s balcony and informs the security.

Meanwhile, Sherlyn goes to Prithvi’s room and shows him what the guy had thrown in her room.

Prithvi notices a giant R along with his name written and tells Sherlyn that it must be from the Don from Dubai whom they had hired for Rishabh.