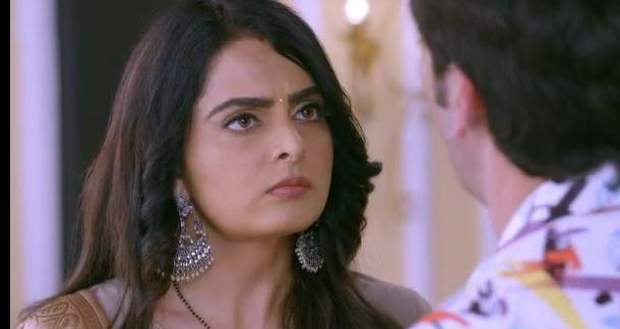 Today's Kundali Bhagya 14 April 2021 episode starts with Sherlyn asking Prithvi to accept the truth that he had killed Akshay while he keeps denying it.

She says that she had seen him throwing a blood-stained cloth. Prithvi tells her that it was the tomato sauce, not the blood. Sherlyn warns him to stay away and leaves.

Kritika visits Preeta in jail and asks her to reveal the truth to everyone but Preeta refuses to do so.

Preeta further tells Kritika that she is worried as she hid the truth from Karan when he noticed her at the hotel. She tells that she made a mistake by hiding it from Karan.

Sarla and Shristi visit the police station. Sarla goes to meet Preeta while Shristi and ACP argue with each other.

Preeta tells that if Akshay died because of her blow, she is ready for punishment. She says that she trusts the system.

Sarla enquires about Karan from Kritika. Kritika is about to reveal the truth but Preeta interrupts and sends her home.

Sarla asks Preeta to tell the truth as Kritika has gone now to which Preeta says she told the truth.

Sarla tells her that now, she will ask the Luthras and leaves. Preeta asks Shristi to handle Sarla as it will problem for both the families if she goes to Luthra house.

While Mahira is happy about winning the challenge, Sherlyn tells her it was not because of her efforts but because of the incidents that happened in recent times to which Mahira says she has a hand in Preeta's arrest.

Meanwhile, Shristi stops Sarla that Preeta does not want this and that she would fight for herself.

Sarla warns her the consequences that Preeta would face if she is not proved innocent.

Elsewhere, Sherlyn is suspicious of Prithvi, Mahira and Karan for Akshay's murder.

Upcoming Kundali Bhagya (tomorrow) episode update: Sarla tells Shristi that she will always stand by Preeta while the lawyer informs Karan that he could not arrange for bail.