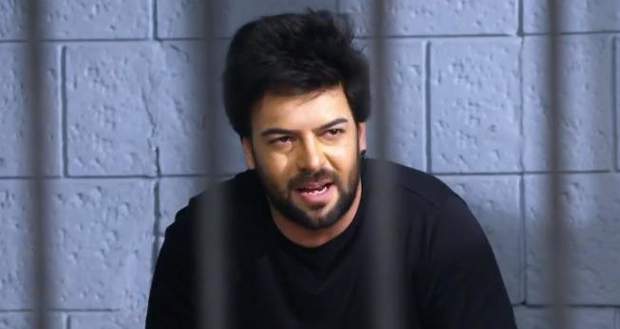 Today's Kundali Bhagya 14th April 2022 episode starts with Preeta asking Karan what is he talking about.

Karan gets puzzled and tells Preeta that he is talking about ‘rights’.

However, Karan couldn’t talk about it anymore and goes to get ready.

Meanwhile, Preeta begins to arrange the room and tells herself that Karan is her husband and they have not done anything wrong.

Afterwards, Preeta blushes at the memory of the previous night and leaves the room.

In the meantime, Sherlyn wakes up and calls Natasha to wake up.

Natasha recalls her loss and tells Sherlyn that her life is ruined.

Later Natasha tells Sherlyn that there is no point in planning and plotting against Preeta and Karan because they are like magnets who will always stick together.

However, Sherlyn tells her that every relationship has a weakness and they will have to wait for the right moment.

Sherlyn discloses to Natasha that Mahesh met with an accident on the same day when he was about to expose her. Since then Mahesh hasn't recovered his memory.

Meanwhile, Preeta is getting ready while Karan comes out. Preeta moves back to give Karan space.

Karan looks at Preeta and put her “bindi’ in right place.

Afterwards, Preeta and Karan move together and get entangled with each other.

Karan catches Preeta before she could fall and they look at each other while standing close.

In the meantime, Preeta thanks Karan for saving her while Karan tells her that he will always save her.

At the police station, Inspectors tell Prithvi to not repeat his mistakes after going out.

Prithvi tells the inspector that he is innocent.

As Prithvi is leaving, Nagre tries to talk to Prithvi but he scolds him for ruining his plan and now he has to reach the Luthra mansion soon to find out what turn of events has taken place while he was in a lockup.

At the house, Karan is waiting for everyone when Preeta walks in.

Seeing Preeta, Karan smiles like a fool and Preeta also looks at him shyly.

Soon other members also come in and ask Karan about his news.

Karan shows everyone on TV that he has been bought at auction today.

Just then Prithvi comes in but no one pays any attention to him as they were busy watching the auction.