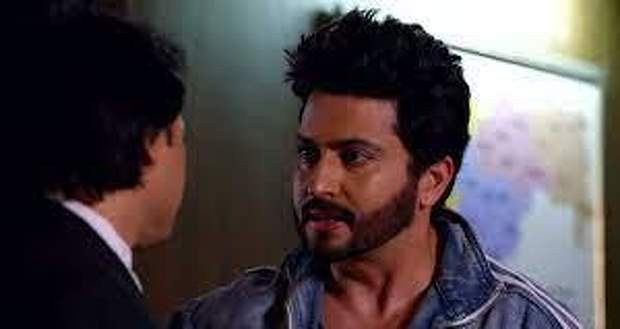 She tells her that Luthras are not believing Preeta but she would always stand by her.

Shristi tells her she understands Preeta does not want her to visit the Luthra house as it might create more problems.

Further, Shristi decides to help Preeta to come out of jail.

At the Luthra house, Mahesh and Rakhi discuss about Preeta. He assures that now, as he is back, he would set everything fine.

Meanwhile, Karina comes there and asks him about calling the driver. He informs her that he is going to check up himself as he is fine now.

Rakhi asks Mahesh why had he lied to Karina to which he tells her that some things must be done secretly.

Further, she asks him to talk to Karan as he is upset with Preeta for hiding the truth.

Mahesh tells her that Karan loves Preeta and he took the lawyer's number to arrange the bail for Preeta.

At the police station, Karan argues with ACP that Preeta is innocent.

While the lawyer informs Karan that he could not arrange bail for Preeta as the court was closed while Karan leaves angrily.

Shristi along with Sameer talk with Karan to help Preeta. Karan informs that he knew that Preeta is innocent but is upset with her for hiding the truth and leaves.

Sameer assures Shristi that they will take care of Preeta.

Karan sends a chocolate shake for Preeta in the name of Rakhi.

© Copyright tellybest.com, 2020, 2021. All Rights Reserved. Unauthorized use and/or duplication of any material from tellybest.com without written permission is strictly prohibited.
Cached Saved on: Thursday 29th of April 2021 01:45:46 AMCached Disp on: Thursday 6th of May 2021 06:00:26 AM