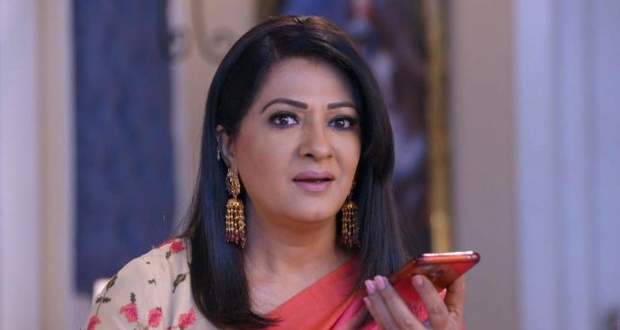 Today's Kundali Bhagya 15 December 2020 episode starts with Luthra family teasing Karan and Preeta. Rakhi plans a honeymoon trip for Preeta and Karan and decides to give them a surprise.

Mahira tells Karan’s Bua that she hates Preeta and doesn’t want her to get closer to Karan.

Bua plans to tell Rahi that Preeta threw Karan out of the room last night. Further, Karan asks Preeta to pass him his towel in the bathroom.

Preeta teases him and then Karan also starts teasing her, while everyone calls Preeta and Karan to come to the hall.

Kareena tries to tell Rakhi about the last night but Karan stops her in between. He changes the topic and tells them that he locked Preeta in the room.

Rakhi shows the honeymoon plan to Karan and Preeta which gives a huge shock to Mahira and Sherlyn.

© Copyright tellybest.com, 2020, 2021. All Rights Reserved. Unauthorized use and/or duplication of any material from tellybest.com without written permission is strictly prohibited.
Cached Saved on: Friday 19th of February 2021 06:49:35 AMCached Disp on: Monday 1st of March 2021 12:42:58 AM