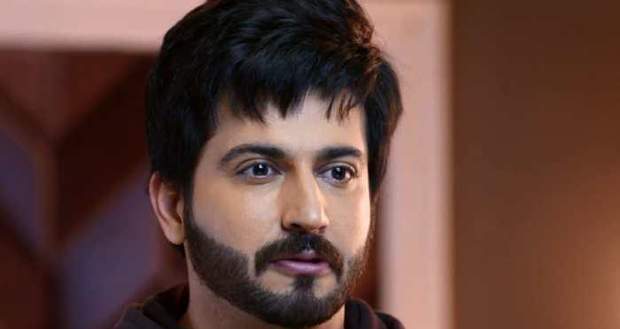 Today's Kundali Bhagya 15 February 2021 episode starts with Mahira getting happy that she will be the special one for Karan and drinks from the glass left by Karan.

Preeta gets up all of a sudden due to Srishti’s alarm at 12 o'clock.

Preeta becomes shocked to see someone coming from the window and beats him with a broom. She considers him to be a thief as told by Janki but he turns out to be Karan.

Karan accepts that he has come here to fight with her but he forgets all that he has to say and is angry with her as she came from Luthra's house without telling him anything.

Janki gets a call from a neighbour that a thief has entered their society and she rushes to inform Sarla.

Preeta is about to confess her feelings to Karan but Sarla knocks on the door and warns Preeta to be cautious of the thief while Karan hides.

Sarla says she was there right now and remembers Srishti not to be there in the room.

Meanwhile, Srishti discusses with Sameer that they tried a lot for Karan-Preeta patch up but Karan speaks rudely to Preeta.

Sameer brings a bouquet and is about to propose Srishti but they hear people shouting that a thief has entered Sarla’s house, to which they rush towards home.

Sarla asks Srishti what she was doing outside at this time while Sameer comes and explains how both of them beat the thief.

Further, Karan drops the flower Vase and everyone runs towards the room.

Preeta switches off the light so that no one can find Karan while Karan tries to escape which makes a noise.

Everyone starts beating him and Preeta switches on the light.

They get surprised to find out a person sneaked into the house to be Karan Luthra and Sarla stares at Preeta.